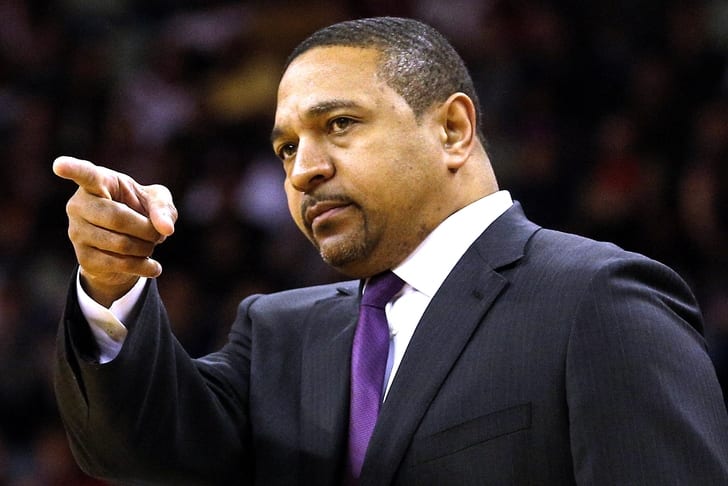 As Jeff Hornacek’s time appears to be running out in New York, Mark Jackson and Doc Rivers are the two biggest names reportedly in the running for his job.

That’s the latest from the New York Post’s Marc Berman, who on Tuesday wrote “the feeling around the league is Hornacek won’t be brought back.”

Notably, Hornacek was hired by Phil Jackson, and the Knicks’ new regime – led by president Steve Mills and general manager Scott Perry – will presumably want to bring in their own guy.

As Berman points out, there have been endless signs suggesting that Hornacek is already on the outer, at least with his players.

Those signs include Kyle O’Quinn blasting the Knicks coach with profanities on Friday, Hornacek suddenly handing over his clipboard to Tim Hardaway Jr on Monday in Charlotte, and Trey Burke brushing off his coach’s attempt to call a crucial late-game timeout that same night (before airballing the final shot and losing the game in overtime).

Meanwhile, as long as the Knicks are experiencing their usual dramas, the rumours will continue to circulate.

Mark Jackson would be a particularly interesting hire, partly because he has a proven ability to win over his players.

His name also carries significant weight in New York and within the Knicks organisation.

However, his relationship soured with the higher ups in Golden State and the last thing New York needs is any more off court tension.

Reports have also surfaced that former Cavs coach David Blatt could be considered, as he has a close relationship with president Mills.

There’s no doubt that Blatt knows the game inside and out, and it would certainly be interesting to see what he could do if allowed to truly take the reins (unlike in Cleveland).

But before the Knicks can make any concrete decisions, there’s still almost three weeks of basketball to play.