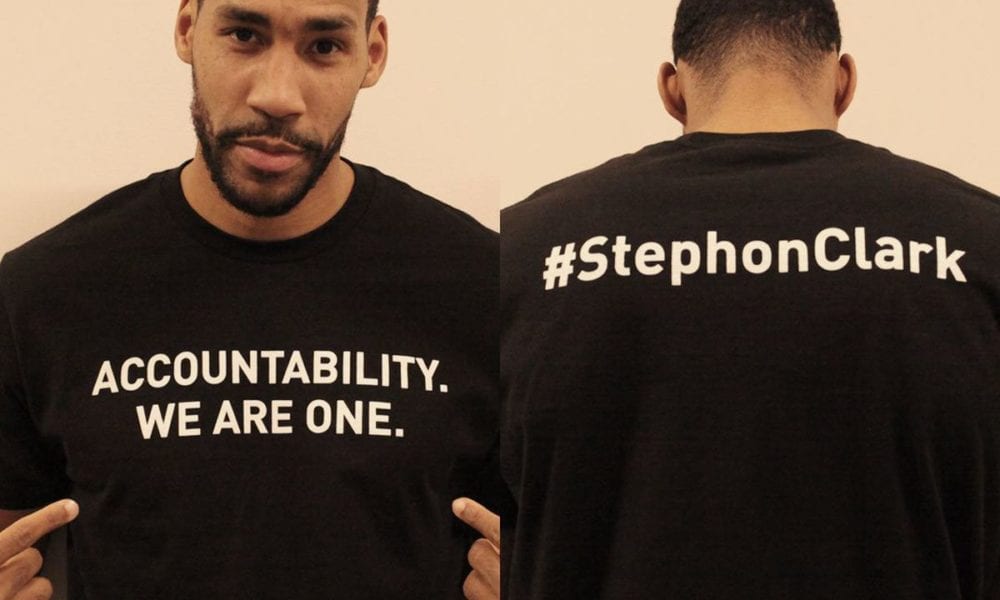 Sacramento Kings owner Vivek Ranadive was widely praised for taking to the mic postgame on Thursday to support those protesting the police shooting of local man Stephon Clark, and the team’s activism has not stopped there.

Kings players wore black t-shirts emblazoned with Clark’s name before their home game against the Boston Celtics on Sunday.

The shirts read “ACCOUNTABILITY” and “WE ARE ONE” on the front, with #StephonClark sprawled across the back.

The team also collaborated with the Boston Celtics to create a statement video which aired during the first quarter.

It was a powerful piece featuring 17 players and just 62 words, conceptualised on Thursday and recorded on Saturday, as Celtics players made the trip from their hotel to meet their Kings counterparts for filming.

“Brad Stevens was real big,” Temple said. “Right away, right after (Stevens) heard Vivek [Ranadive], he wanted to do whatever he could, and with his organization he wanted to do whatever he could to help and be in support of us. To have seven or eight of those guys come over from the (team) hotel (in Sacramento) and do that PSA (on Saturday) with us, that’s powerful. That shows the character of Brad, and then obviously the players on the team and that organization.”

The admirable Celtics-Kings collaboration coincides with a host of NBA figures showing their support for the ‘March For Our Lives’ Movement across the weekend.