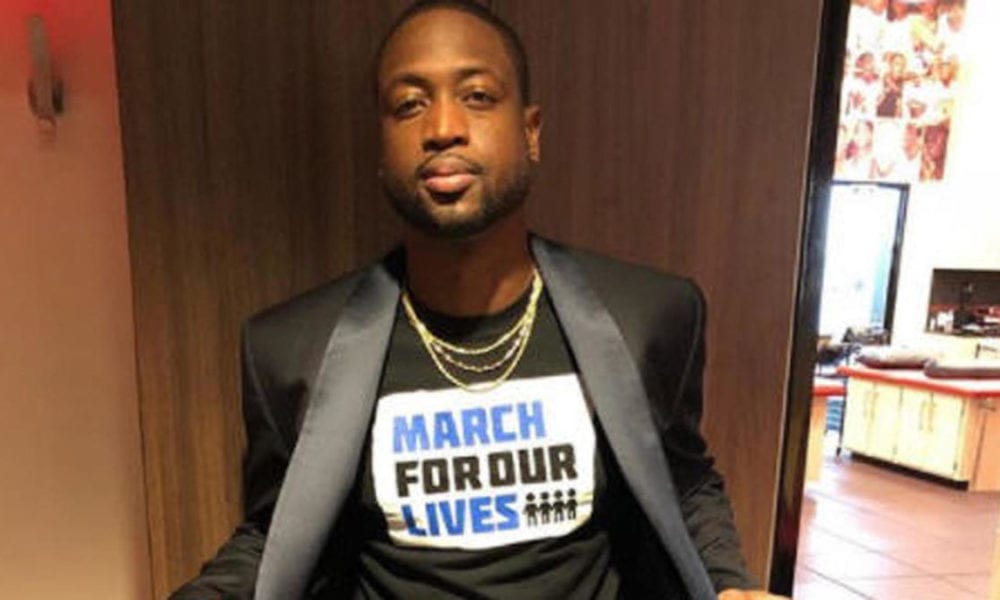 As thousands of Americans gathered at hundreds of “March For Our Lives” rallies across the country on Saturday, a host of NBA players added their voices to the conversation.

Some made statements on social media, while others joined the marches themselves.

Dwyane Wade and Steve Kerr were among the notable names to speak out, also encouraging others to do the same.

Here’s what went down during this emotional and historic day.

#marchforourlives IAM proud of each individual that’s apart of this movement towards change. Today our current leaders voices will be heard and they will not be denied.

Reminder today to get out and march! Thank you to the young generation for inspiring all of us and reminding us that change will only happen through our own will. Register to vote and demand common sense gun laws from any and all potential elected officials! Democracy will win!

Carmelo Anthony says he helped bus 4,500 kids from Baltimore to DC for the march: “It’s a special moment…to see how powerful the youth are right now, and the voices are being heard.” pic.twitter.com/5ozXHW03jR

If you can get out & support @AMarch4OurLives today I am proud of this generation standing up for injustice & having their voices heard, making real change. The world is listening. Some may not know me but I stand with you @Emma4Change #marchforourlives @MSNBC @mtv @naacp @NBA pic.twitter.com/ypSeeT1LVH

Humbled and proud of this generation taking the lead. Their time is now. #MarchForOurLives pic.twitter.com/6WpG7AxMKK

Ben Simmons warming up in a #MarchForOurLives shirt. pic.twitter.com/2iT1zORVhW

Kudos to all involved.