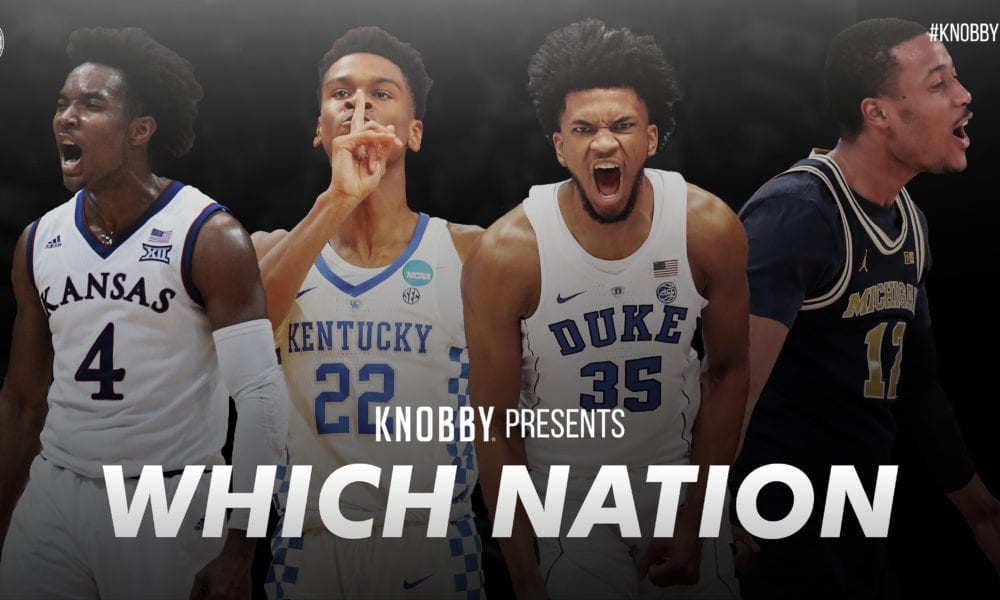 With many of the highest seeds dropping like flies, traditional powerhouses have almost become an endangered species during this year’s NCAA Tournament.

In light of the stunning upsets which led us to this point, and the nervous times ahead for the big schools still standing, we take the temperature of a handful of the nation’s largest fanbases.

Michigan fans know all about heartbreak, having lost the national championship game twice during the ‘Fab Five’ era and again during the ‘Trey Burke/Tim Hardaway Jr/Nik Stauskas’ era (doesnt quite have the same ring to it, does it?)

The heartache of losing a championship game extends well beyond game day.

It never truly goes away, at least not until finding redemption and winning it all.

But it was the complete opposite feeling for Wolverines fans last Saturday, as Jordan Poole hit a spectacular game-winner to send his team to the Sweet 16.

Michigan fans now have to be feeling pretty good about the fact that they’re still standing and haven’t come close to playing their best basketball.

A dramatic improvement is surely around the corner.

Next game: vs Clemson, March 22

After two straight Elite Eight appearances, Kansas’ rabid fans are full of belief they can improve on that this year.

While there are no immediate NBA stars among this group, Bill Self has a tremendously capable group to work to work with yet again.

This perimeter-loving team will be led by projected second-round picks Sviatoslav Mykhailiuk and Devonte’ Graham, and has the third-best odds of winning it all, according to VegasInsider.com.

Next game: vs Syracuse, March 22

Every Duke run in March has that ‘us against the world’ feel to it, with those Blue Devils being acutely aware that almost everyone loves to hate them.

Duke has been to 23 Sweet 16s since 1986, winning five national championships in that time.

That means expectations in Durham are as high as ever as the Blue Devils prepare to take on Syracuse.

And with one of the easier draws in the tournament, the most talented roster and Marvin Bagley doing his thing, it looks like those expectations will be met.

Next game: vs Texas Tech, March 22

The main vibe you’ll pick up in Purdue territory this week is one of concern.

That’s because towering center Isaac Haas is unlikely to suit up in the Boilmakers’ Sweet 16 matchup with Texas Tech.

Haas, the team’s second leading scorer, fractured his elbow when he crashed to the floor during Friday’s win over Cal State Fullerton.

While there was talk that the school’s elite engineering program was looking into designing a brace which would allow Haas to play, head coach Matt Painter doesn’t believe it would be wise for his big man to play.

It will take a supreme effort from Purdue to overcome such a big loss.

Next game: vs West Virginia, March 22

It’s hard not to get ahead of yourself if you’re a Villanova Wildcat at heart.

They average the most points per game in the country (86.9) and shoot the best percentage from three of Sweet 16 teams (45.6 percent).

But conventional wisdom was thrown out the window a long time ago, as teams like Arizona and Virginia did their best to convince us that everything we knew was wrong on day one.

Next game: vs Kansas State, March 22

With some of the most famously high-powered recruiting abilities in the land, Kentucky fans are always expecting big things.

But this year’s Wildcats were never meant to make it to Sweet 16.

Now that they’ve done it, many within Big Blue Nation can’t help but wonder if their team could go even further.

But not so fast.

The Wildcats have ridden a wave of luck to this point.

But incredibly, both teams lost in massive upsets and the boys in blue were left with #13 Buffalo and #9 Kansas State instead.

Wildcats fans might want to avoid getting too far ahead of themselves.

However, to be fair, it hasn’t all been good fortune spurring the Wildcats on.

Putting up in excess of 81 points per contest and shooting a shade under 50 percent from the field certainly hasn’t hurt.