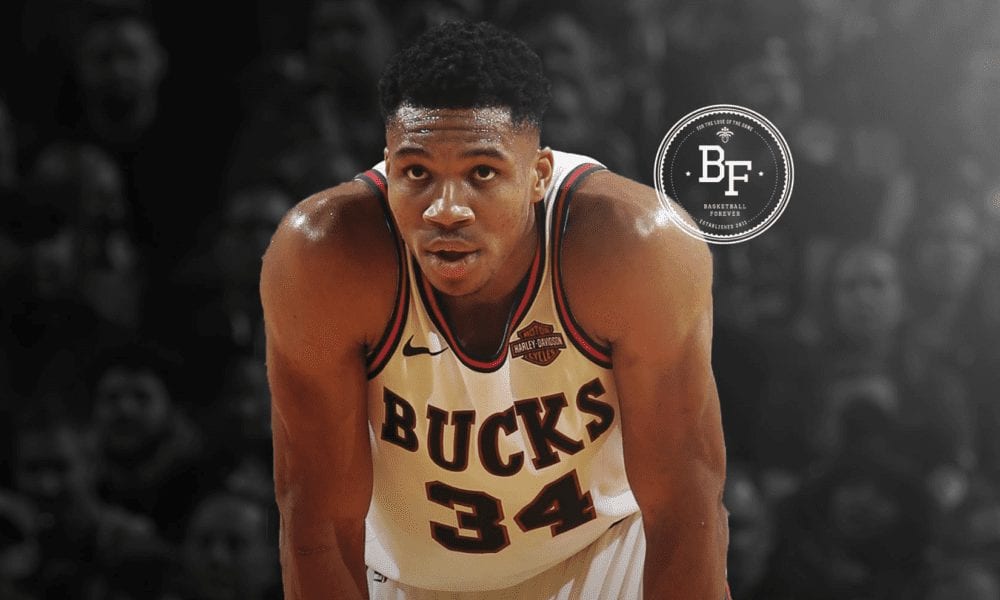 They say in jail you should hit the biggest guy first to establish your dominance and Giannis Antetokounmpo is taking that same mentality into the playoffs.

After dropping 37 points and 11 rebounds in a loss to LeBron’s Cavs on Monday, Giannis said he wanted a rematch with King James in round one.

“It would be a great experience,” Antetokounmpo told reporters after the game. “I think LeBron brings the best out of me. It should be a fun playoff series to watch.”

But the Greek Freak was the first to admit there was plenty of work to be done before he’d be ready to pull of such a feat.

Especially after James put up 40 points, 12 rebounds and 10 assists on him.

“I was talking to myself when I was taking a shower, and I was like, ‘OK, what did I do wrong today guarding LeBron?'” Antetokounmpo said.  “Because he’s the first player ever to score 40 on me that easy.”

According to acting Cavs coach Larry Drew, a Bucks-Cavs playoff matchup is exactly what everyone should be hoping for.

“When you watch both Giannis and you watch Bron on the floor, I tell you, you can’t [look away],” Drew said. “You have to be focused at all times because Bron is a special, special player. I mean, as special as probably you’ll ever see. And Giannis is blooming into that. “But watching a game like tonight, you are sure fans are going to get their money’s worth with them watching LB and watching Giannis.”

Of course, for the people to get what they want, the Bucks would need to make up two and a half games to catch the 76ers for the 6th spot, and that’s assuming the Cavs stay in third.

Keep your fingers crossed and your eyes peeled, sports fans.