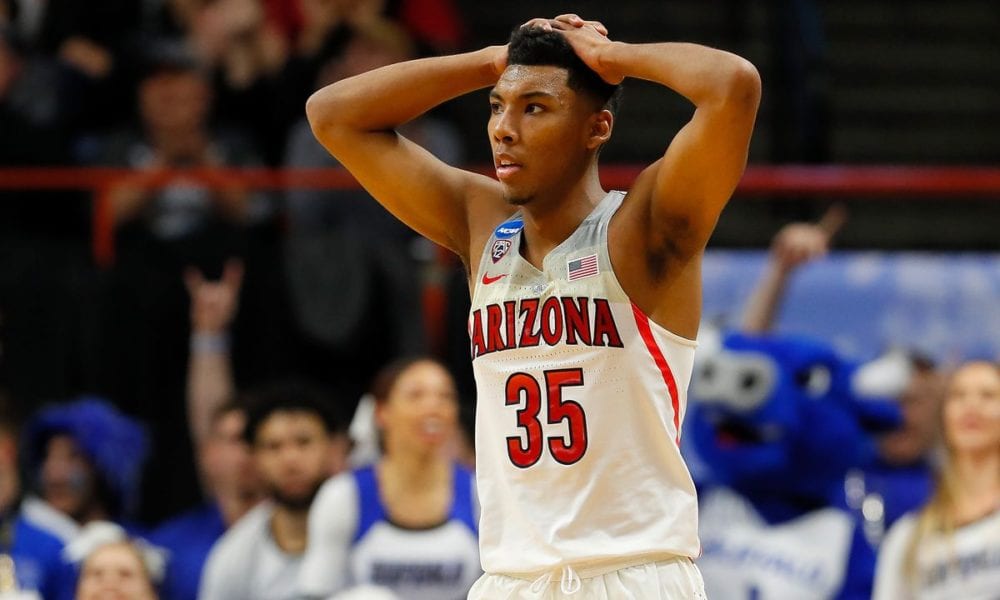 Despite having projected number one overall pick DeAndre Ayton and what has traditionally been one of the strongest programs in the country, Arizona has been bundled out of the NCAA Tournament on day one.

Not only did they go down to 13-seed Buffalo, they lost by a whopping 21 points, with the final scoreboard reading 89-68.

Here’s how some of the NBA’s former Wildcats reacted.

Our boy in full effect…

Andre Iguodala and David West got things started with some cryptic tweeting.

And they weren’t the only upset former Arizona players…

Then there were all the non-Wildcats, who were similarly stunned.

Damn #Buffalo you had to do #ArizonaWildcats like that?! Haha. Congrats. #MarchMadness

Them youngins from buffalo can go!

@jasonterry31 not walking through that door … 🤣