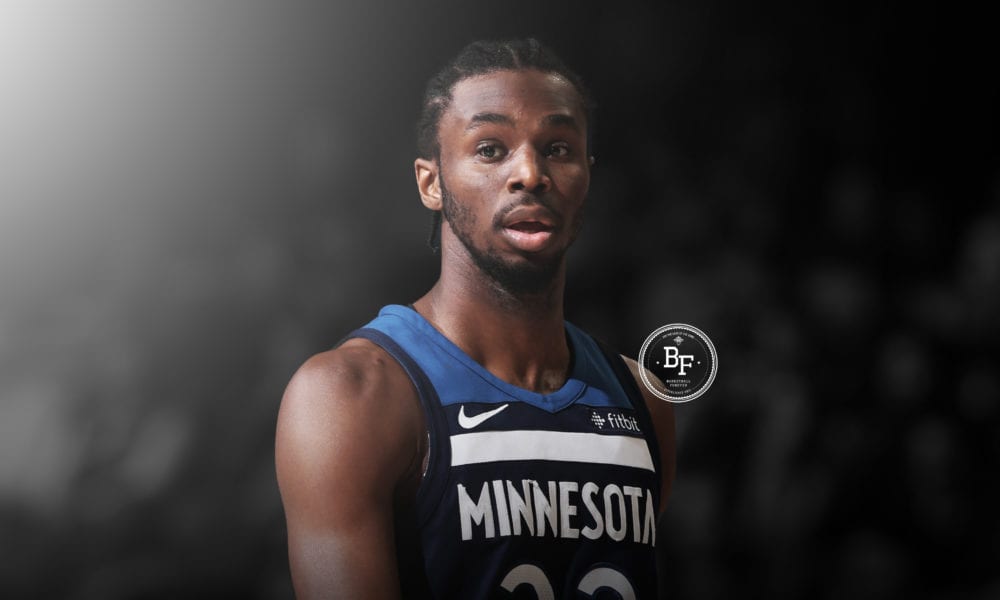 Remember when Andrew Wiggins was hyped up beyond belief, to the point that people were making straight-faced LeBron comparisons?

Well, ICYMI, dude is now the third option on a team which could conceivably miss the playoffs (as Minnesota tradition dictates).

Now he’s “whispering” to teammates about being unhappy with his standing in the team’s hierarchy (according to Darren Wolfson of Minneapolis’ KSTP), with Karl-Anthony Towns and Jimmy Butler ahead of him in the pecking order.

Wiggins’ discontent has reared its ugly head despite the Wolves ensuring he is more cashed up than a Saudi Arabian oil baron.

The 23-year-old’s scoring output has dropped from 23.6 points per game to 17.9 since Jimmy Buckets arrived.

But the former number one pick has taken on a greater role since Butler went out with a knee injury late last month, providing us with a glimpse of the level he’d failed to reach all season.

But according to Timberwolves head coach and drill sergeant Tom Thibodeau, Wiggins just needs to keep his head down and work his way towards the stardom many once predicted for him.

“He’s got to do it,” Thibodeau said, per Jerry Zgoda of the Star Tribune. “It’s in him. I see it. I know he sees it. I think he’s played for the most part really well since the All-Star break. I want more. I want more aggressiveness. I want him to keep attacking. When he gets going downhill, he’s almost impossible to stop.”

It’s hard to predict how Wiggins will react when Butler returns.

But one thing’s for sure: each member of Minny’s big three will need to find a way to fire concurrently if the Wolves are to make their first playoff appearance since the beginning of the Cold War.