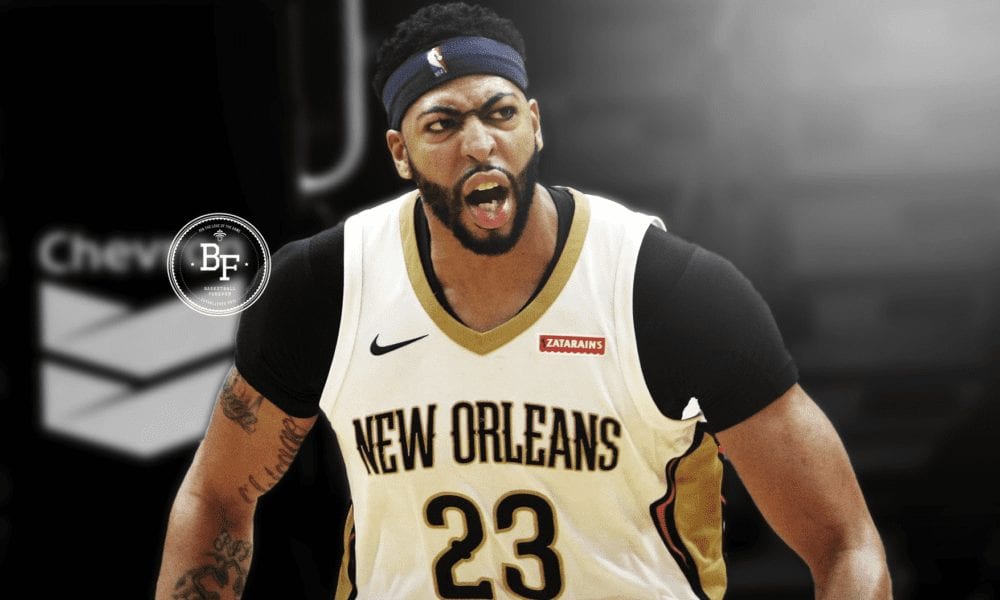 You might think Hassan Whiteside, Javale McGee, Andrei Kirlenko and Dikembe Mutombo have nothing in common.

It’s such an eclectic crew they belong in a “four guys walk into a bar” joke more than anywhere else.

But these four dudes are among the only players to have ever registered a triple double featuring blocks.

On Sunday, Anthony Davis added his name to the list in emphatic fashion, and on his 25th birthday no less.

Despite ultimately going down to the Jazz, Davis finished with 25 points, 11 rebounds and 10 blocks.

Incredibly, Whiteside was the proud owner of the league’s four previous triple doubles featuring blocks, prior to Davis’ conquest on Sunday.

Try these Whiteside numbers on for size:

Davis has now joined that exclusive Whiteside/Kirlinko/Mutombo/McGee club (what a night out that would be), and stands a great chance of pulling off the statistical feat once again before too long.

Considering the league has not been heavily littered with unathletic white dudes for decades, such a statistical feat is hard to even comprehend, let alone pull off.