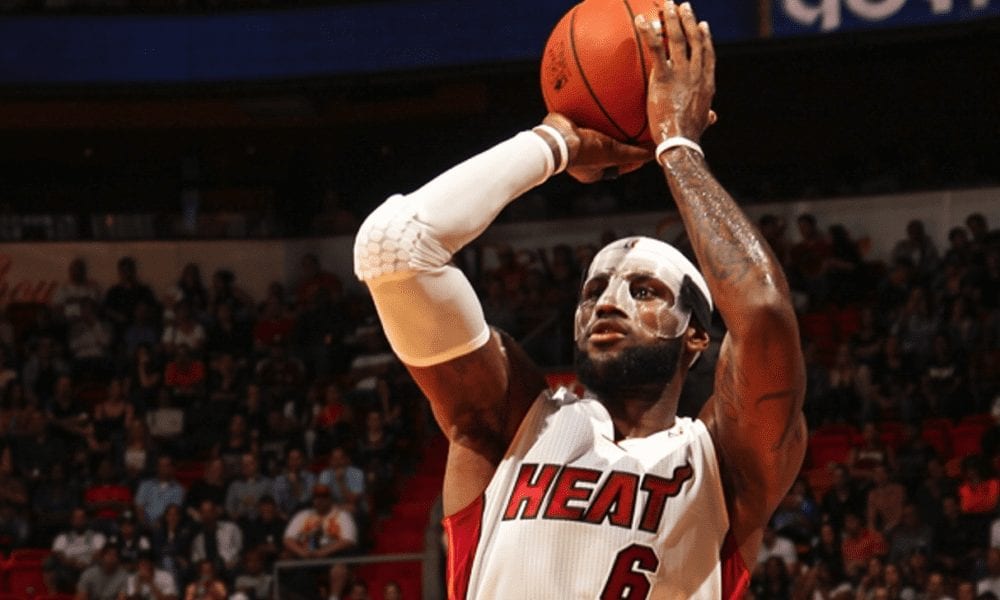 The second our calendars rolled over to 2014, all anyone wanted to talk about was Kevin Durant.

Durant went on a scoring tear for the ages to begin the new calendar year, kicking things off with 48 points in Minnesota and another 48 points three nights later in Utah.

Even Russell Westbrook was powerless to stop him (sorry, I had to).

It’s possibly worth mentioning that Westbrook was recovering from his third knee surgery in nine months at the time, so that might’ve also had something to do with it.

But anyway, back to Durant.

His initial pair of 48-point games were only the beginning.

All that destruction and we hadn’t even hit March.

But when we did, something crazy happened, and it didn’t involve KD.

A masked LeBron James, playing as if he’d taken the Durant hype as a personal affront, shifted the eyes of the world firmly back to himself.

On March 3, 2014 – four years ago today – during what should’ve been a relatively boring Monday night game against the Charlotte Bobcats, LeBron erupted for a career-high and franchise record 61 points.

Whether it was from the perimeter or right at the rim, James obliterated Charlotte.

Between frequent drives to the hoop which made his defenders look like third-graders, LeBron knocked down his first eight three-point attempts.

The eighth was seemingly launched from somewhere just outside Fort Lauderdale and absolutely ignited the Miami crowd.

Then there was the record-breaking basket, scored with 5:46 left in the game, which came in suitably stunning fashion.

James span through a sea of bamboozled defenders for a layup that dropped as he crashed to the floor.

Also crashing to the floor was Glen Rice’s 19-year-old franchise record of 56 points.

There was something in LeBron’s eye that night…an eye for the dramatic and an appetite for destruction.

It truly was classic LeBron, playing at the peak of his powers.