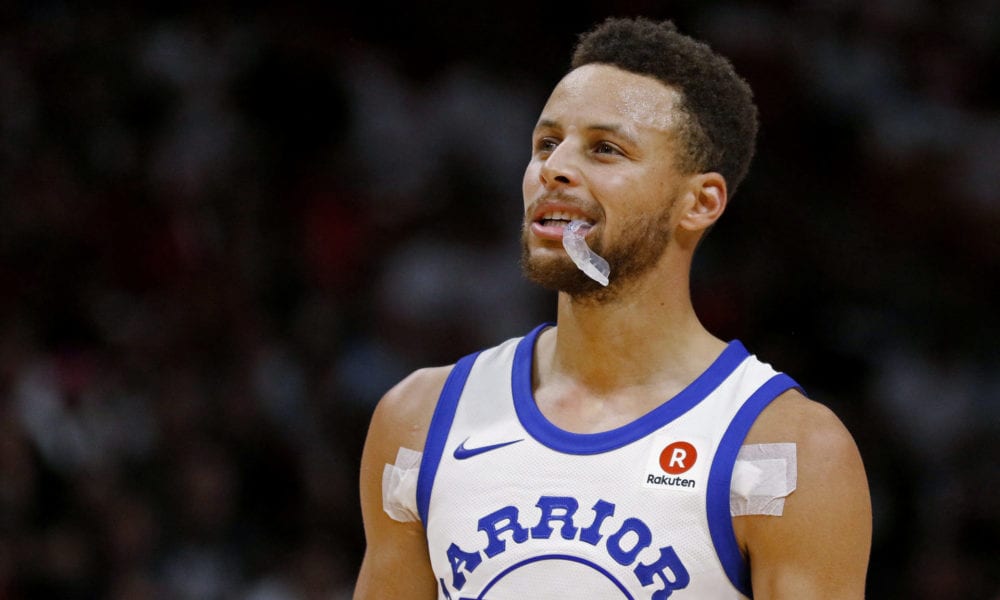 Steph Curry has a long and detailed history of ankle injuries, but the once persistent ailment had eased in recent years.

Curry had gradually built his once papier mache ankles into properly functioning body parts, allowing him to transform into the world-beating force he is today.

But some of the ill-fortune from his earlier years has returned, with the silky-smooth All-Star leaving Friday night’s game against the Atlanta Hawks in the third quarter.

Curry first tweaked his ankle during the first term, before returning to the game.

He then left the floor again in the third, this time for good.

Steph had been having quite a night too.

With that 👌,Steph just made his 200th 3-pointer of the season. The first player in NBA history to have six seasons with at least 200 made threes. 👏👏👏 pic.twitter.com/dyYWTUWsvN

It came after Curry missed time earlier this season after spraining the same ankle.

While the extent of the damage is yet to be determined, it doesn’t appear to be a serious injury.

Stephen Curry taking the rest of the night off is being described as precautionary measure.

But what’s more concerning is not so much the severity of Curry’s recent ankle injuries, but the frequency.

Some amount of nervousness must be creeping in for Golden State.

The last thing they want is to revisit the agonising days of Steph’s injury-riddled past.

Another Curry ankle injury in the playoffs could well be the only thing that brings about the downfall of the Warriors empire, and they know it.