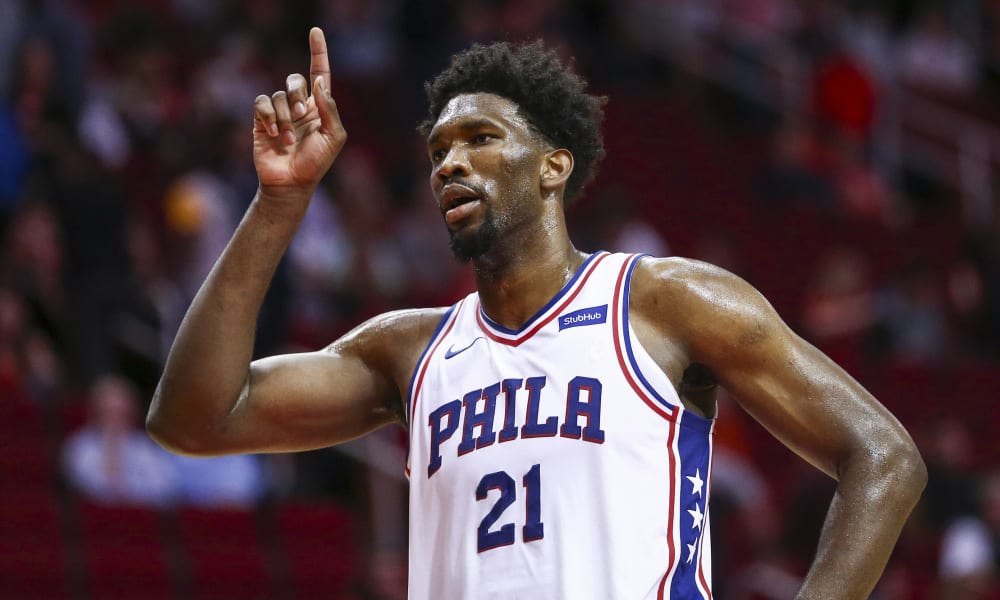 Joel Embiid is in many ways the human embodiment of a new born puppy: always yapping, always in your face, but completely harmless.

The analogy even extends to regularly slipping over for no apparent reason.

But I digress (already).

According to the man himself, taking no prisoners is the key.

“I’m taking the credit: I have the best social media by far,” Embiid told Sports Illustrated’s Ben Golliver.  “I just do what I have to do and then I’m out. I’m the best because I’m a savage. I don’t care. I do whatever I want.”

Fellow budding Instagram star Giannis Antetokounmpo was quoted in the same piece saying what made his posts special was their authenticity and lack of agenda.

For Embiid, it’s more about a lack of filter, and he couldn’t have swerved any further from Giannis’ agenda-free mantra this week, blatantly – albeit jokingly – recruiting LeBron.

Trust The Process??? Always a great time playing against one of the best to ever play the game #summer2018goals

You may recall he also tried something similar in the summer of 2014.

@KingJames hey bro hope you're having a good day…… Want to join us in philly?? Peace

I hope i'm not gonna get fined already with those Lebron's tweets is it legal to recruit over twitter @NBA ?

And even followed it up in 2015 after the Sixers downed the Cavaliers in Philly.

Embiid’s memorable moments in more recent times include referring to himself as “Windmill shawty”, dubbing 76ers backup point guard TJ McConnell “the GOAT”, and of course, posting his filthy dunk over Russell Westbrook from late January, complete with the location tag set as “Crime Scene Investigation”.

The man mastered the art of basketball within eight years, and has established himself as the clearcut social media king in half that.