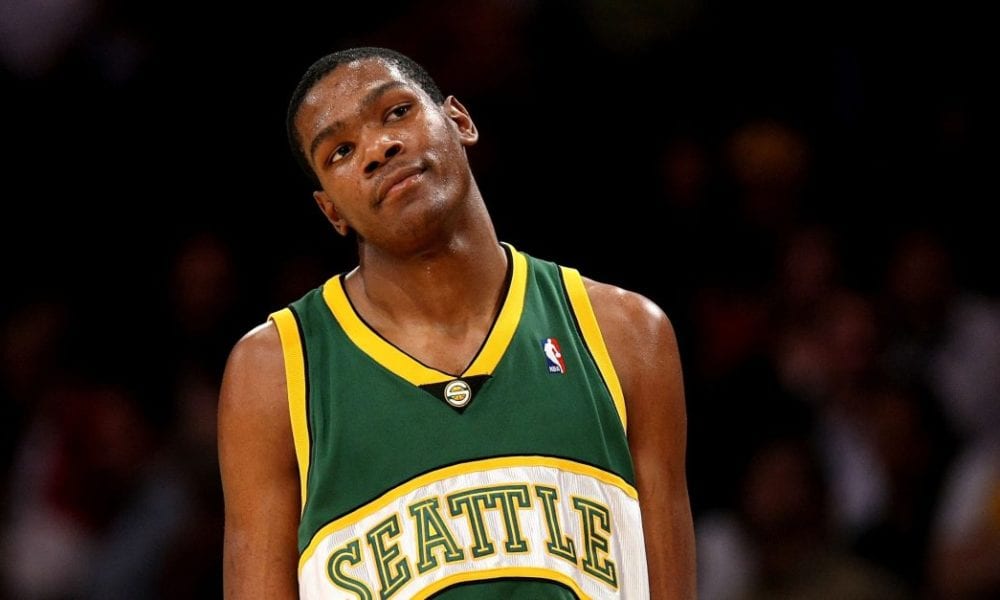 With the NHL likely heading to Seattle in 2020, the ownership group behind the push has also flagged strong interest in bringing the NBA back to the city.

“If there is a franchise to be had from the NBA, we want to be up there fighting for it for Seattle.”

Those behind all the moving and shaking are known as Oak View Group, and along with Bonderman, consist of Hollywood producer Jerry Bruckheimer and longtime sports executive Tim Leiweke.

The group’s plan is to ‘remodel’ KeyArena, the Sonics’ old stadium, into a venue capable of matching it with much newer buildings in other major sports cities.

“The way we are going to structure all of our contractually obligated income is making sure there will be revenue upside built in should the NBA ever consider Seattle,” Leiweke said.

“There is no need to ultimately build two [arenas] when you can make one work as long as you have the foresight and the vision to make sure you’re thinking through that at the beginning of the process, and that’s what we’re trying to do.”

The Seattle fans were so loud and passion about basketball the jazz players at headaches after the game and the Sonics had to do time outs in the middle of the court. Measured as the loudest arena in nba history. Sad they don’t have basketball. #Seattle pic.twitter.com/QXOHiWxOuI

Efforts to bring back the Sonics have fallen short ever since the well-documented hijacking of the team by Oklahoma City businessman Clay Bennett in 2008.

The NBA has also remained tight-lipped on expansion, with commissioner Adam Silver telling Portland Trail Blazers star CJ McCollum he didn’t want to “put a precise timeline on it” during an interview for the Players’ Tribune last July.

“But it’s inevitable at some point we’ll start looking at growth of franchises,” he continued. “That’s always been the case in this league, and Seattle will no doubt be on a short list of cities we’ll look at.”

While Seattle getting its team back is only a matter of time, it’s mind-boggling the city has already waited just under a decade, and still with no firm timeline in place.