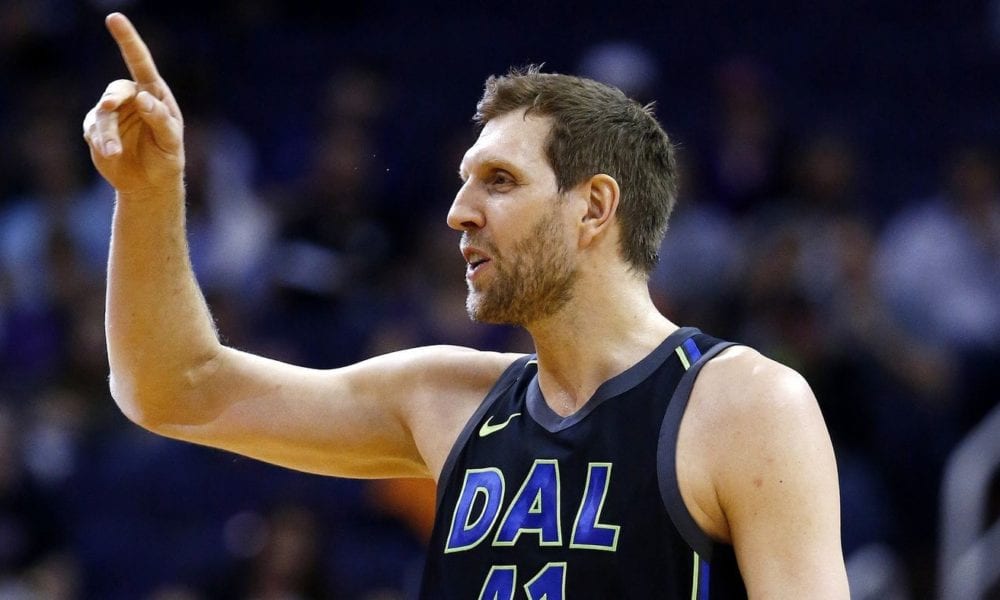 Dirk Nowitzki has disagreed with Mavericks owner Mark Cuban’s remarks that losing is the team’s best option for the rest of the season.

“You don’t really want a culture here that’s just giving up and quitting and not playing hard,” Nowitzki said on Monday, per ESPN.

“I think it just sets the wrong tone for the future. I think it’s important for our young guys to learn how to compete and to compete all the time, play hard. You play your minutes hard. That’s the only way to get better. That’s the only way to play in this league, and whatever happens after the season, we’ll just go from there. But for now, you play your minutes hard and you play to win.”

Nowitzki’s comments follow Cuban’s confessions of tanking last week on a podcast with Julius Erving, a misstep which cost him a crisp $600,000.

While comments like Dirk’s are understandable coming from a player, whose mindset should be to play hard and win every single night, Cuban is ultimately right.

If there was ever a season to tank, it’s this one.

Firstly, it’s the final season to be played under the old lottery rules, where the bottom team receives a 25 percent shot at the top pick.

But sweeping lottery reform means that from next season, the teams with the three worst records will each have a 14 percent chance as the odds are levelled out.

Additionally, the upcoming draft is widely believed to feature between five and seven franchise-altering talents.

As for the concern that consistent losing will bring about a toxic culture within the club?

Dennis Smith Jr and Harrison Barnes could be the only current players still with the team when it’s in a position to compete, so what does it really matter?

Four years of unwatchable awfulness has had zero lingering effects on the now successful 76ers.

Losing is indeed the best way to go in Dallas, even if it costs Dirk a little pride and Cuban $600,000.