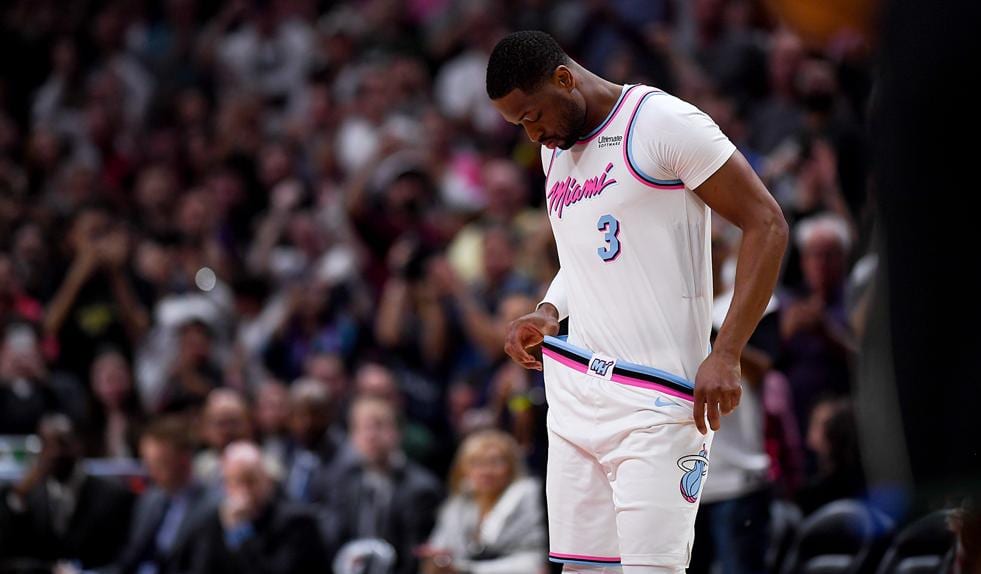 Dwyane Wade was left speechless and emotional when he found out one victim from the Stoneman Douglas High School Shooting was buried in his jersey.

The story came to light on Sunday afternoon and Wade, who will dedicate the rest of the season to the young student, has since used the touching but heartbreaking development as a show of defiance.

You’re about to make me cry this afternoon https://t.co/rWFsQcxlYc

“This is Joaquin Oliver,” Wade tweeted on Monday.

“He was one of the 17 young lives that were lost tragically at Douglas High School in Parkland. Joaquin was one of many that I heard was excited about my return to Miami and yesterday was buried in my jersey. This is why we will not just SHUT up and dribble!”

“It’s way BIGGER than basketball,” he continued. “We are the voices for the people that don’t get to be heard. Joaquin Oliver may you Rest In Peace and I dedicate my return and the rest of this Miami Heat season to you.”

Wade’s comments were in reference to Fox News talking head Laura Ingraham telling his good buddy LeBron James to “shut up and dribble” after James said Donald Trump didn’t “give a f— about the people.”

It has now been almost two weeks since a gunman killed 17 students at Stoneman Douglas, which is located less than an hour north of the Heat’s American Airlines Arena.

The team honoured those who lost their lives with a pregame tribute on Saturday.