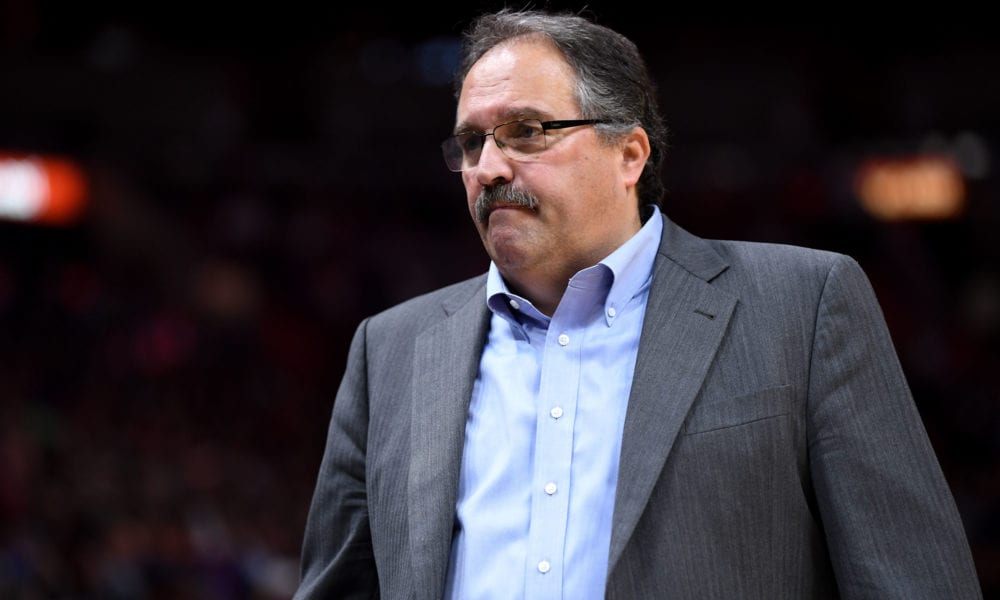 Detroit Pistons coach Stan Van Gundy took no prisoners in an unrelenting takedown of the NCAA on Sunday.

Van Gundy labeled the embattled NCAA “one of the worst organisations” in sports, before taking aim at the NBA’s one-and-done rule and describing the backlash to high school players wanting to skip college as “racist”.

“The NCAA is one of the worst organisations — maybe the worst organisation — in sports,” Van Gundy told reporters. “They certainly don’t care about the athlete. They’re going to act like they’re appalled by all these things going on in college basketball. Please — it’s ridiculous, and it’s all coming down on the coaches.”

Van Gundy then took aim at those opposed to removing the one-and-done rule.

“People that were against [players] coming out [of high school] made a lot of excuses, but I think a lot of it was racist,” he said.

“I’ve never heard anybody go up in arms about [minor league baseball or hockey],” Van Gundy told reporters. “They are not making big money, and they’re white kids primarily and nobody has a problem. But all of a sudden you’ve got a black kid that wants to come out of high school and make millions. That’s a bad decision, but bypassing college to go play for $800 a month in minor league baseball? That’s a fine decision? What the hell is going on?”

Van Gundy’s comments followed the the FBI investigation into college basketball that has identified more than 20 Division I men’s basketball programs which may have broken NCAA rules, according to Yahoo! Sports.