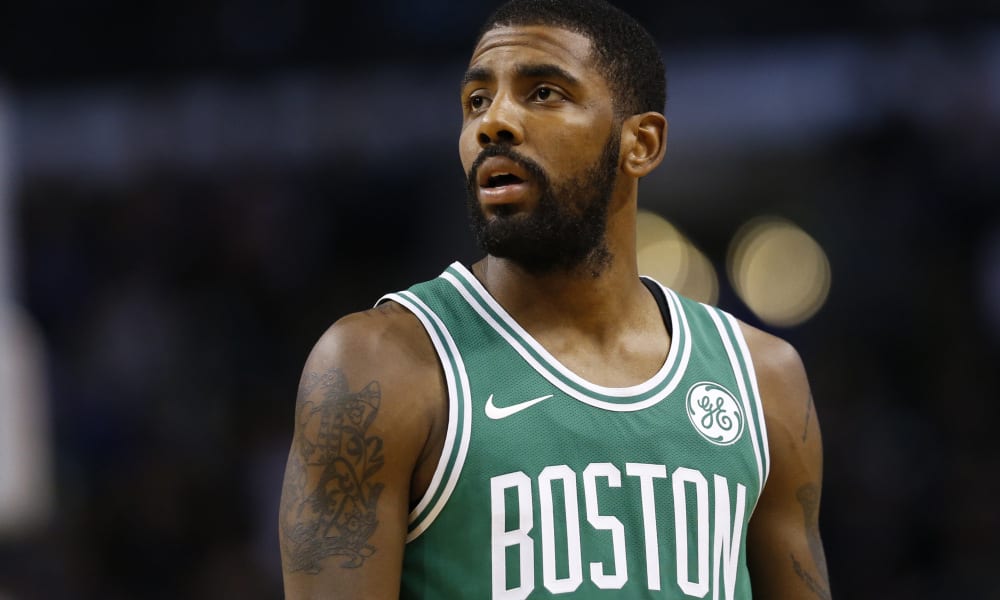 Kyrie Irving is an unusual breed of human.

That’s evident in his beliefs that the earth is flat and that Christmas isn’t a holiday.

Now Irving is releasing a shoe which stands to remind us all that he does things his own way.

He is set to release a Nike “Core” shoe available in a ‘Toy Story’ inspired colourway.

Irving has also shown off the new shoe to COSeezy of ‘Sneaker School’ in a new video.

“‘Toy Story’ is one of my favorite movies,” Irving said.

“Seeing how that franchise has evolved is awesome. To be able to tell that inspiration and that influence and that story through my shoes is something I love connecting with.”

The only catch here – and it’s a big one – is that the Toy Story edition will be a player’s only sneaker, meaning it won’t ever be released to the general public.

You know how Kyrie rocks PE heat that only he can wear? Well that’s the case for those toy story kicks. They will not be dropping but the Core shoe will drop in the spring in some dope color ways

I think the Core shoe might be better than the 4’s. Crazy they are only $80

But the same shoe will be available to the public in a range of different colour themes.

With a modest $80 price tag – that’s more than $400 cheaper than Lonzo Ball’s ZO2s for those of you following along at home – the new line will strongly target a young basketball demographic.

The release date has not yet been confirmed.

Related Article:  The Reasons Why The Lakers Have Had a Miraculous Turnaround
-->