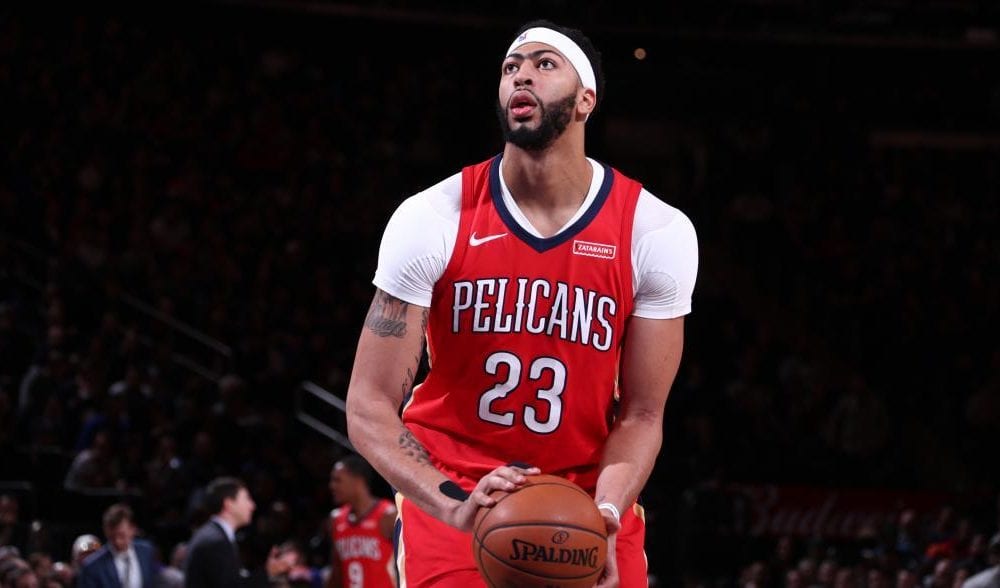 It’s been a weird week for anyone following the many and varied comments emanating from Anthony Davis.

Our story begins two days ago, which in NBA media time, feels closer to three months.

On Tuesday Davis told ESPN’s Rachel Nichols the Pelicans could’ve reached the NBA Finals this season with a healthy DeMarcus Cousins by their side.

He then said that without Cousins, he would need to play like Russell Westbrook when Durant went down, taking 40 shots per game at times just to have a chance at winning.

These comments indirectly suggest Cousins was the difference between New Orleans knocking off Golden State to make The Finals, and struggling to win games at all.

Not to mention, the idea of Davis playing like the hell-raising Westbrook is hard to imagine for anyone who is watching AD closely as he plays apathetic basketball for parts of the season.

Westbrook couldn’t tone things down if he tried, while Davis’ level of engagement tends to rise and fall like the tide.

Speaking of the ocean, AD then made waves when he said it really made him think when he heard former players like Kevin Garnett say they wish they’d asked for a trade sooner.

When asked about those comments by The Times-Picayune’s William Guillory on Thursday, Davis said he planned to remain with the Pelicans at least until his contract expires in 2021, but also said he would take things “year by year”.

So he is essentially threatening to leave town if the team doesn’t improve and saying he’s committed to playing for the franchise long-term.

In fairness, all but the most blindly loyal Pelicans fans would understand Davis wondering what life would be like at an organisation that could put a talented and stable squad around him.

But his comments which address such matters are head-scratchers at the very least.