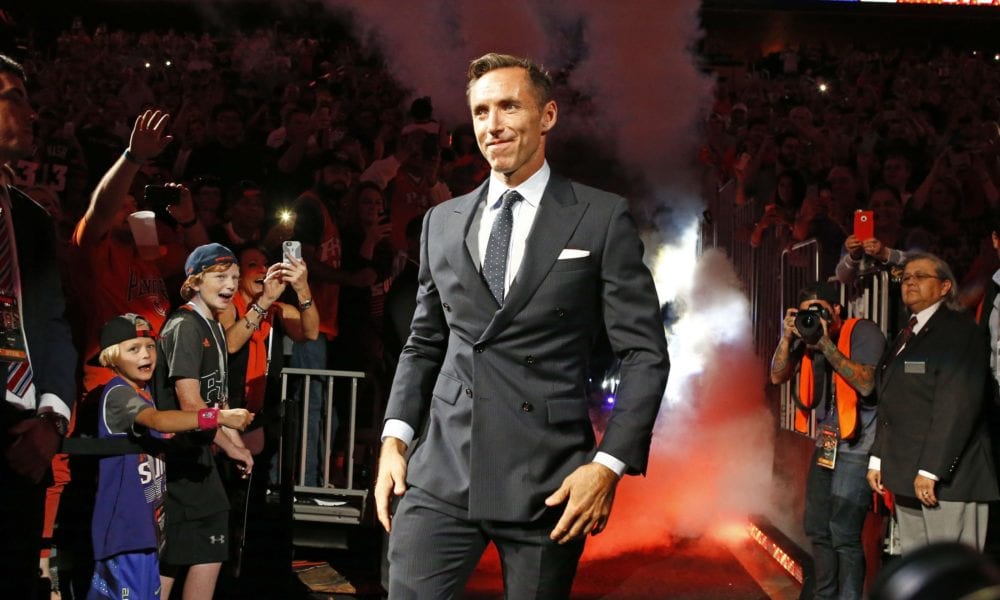 Steve Nash is set to return to America’s TV screens, but perhaps not in the capacity you were expecting.

While Nash made a name for himself as a two-time NBA MVP, Turner Sports has hired him to analyse his first love: soccer.

According to the New York Post’s Andrew Marchand, Nash will serve as a studio analyst among other potential roles when Turner gains the rights to the UEFA Champions League next year.

Nash could soon be wearing three hats at once, as he is also the general manager of Canada’s national basketball team and a consultant for the Golden State Warriors.

While he is still well and truly involved with basketball, Nash told Sports Illustrated in 2016 that he was devoting more and more time to soccer.

“I’m playing no basketball and playing soccer semi-regularly,” he said at the time.

“If you add up my love of Spurs and Mallorca and the Whitecaps, I probably watch more soccer than I do basketball these days as well.”

Nash’s soccer history is an extensive one, having taken up the game before he ever picked up a basketball.

He now has ownership stakes in the MLS’ Vancouver Whitecaps and Spanish club Mallorca.

His brother, Martin, played for Canada and his father, John, also played professionally.