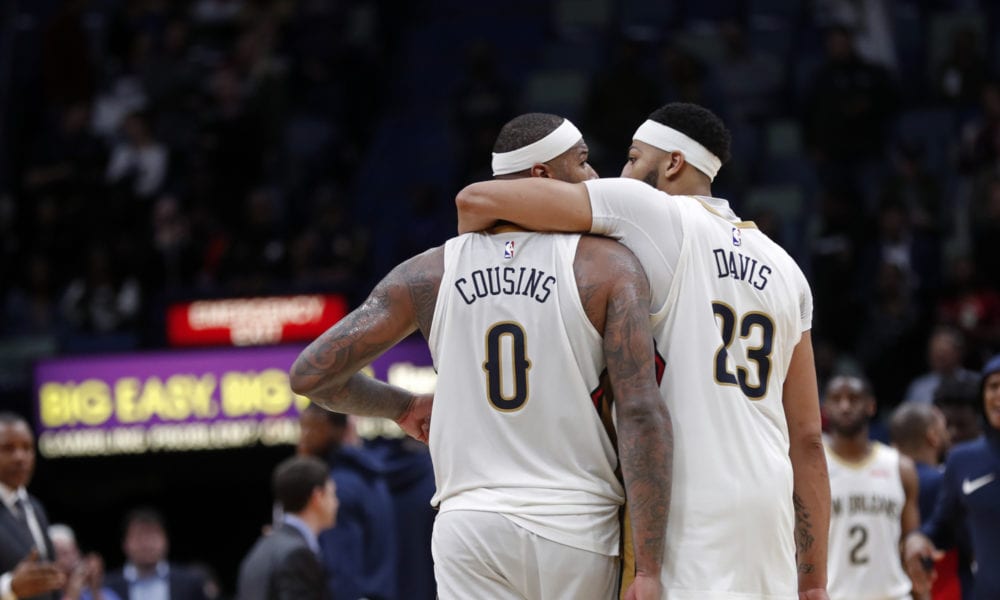 Anthony Davis is still mourning DeMarcus Cousins’ fallen Achilles and can’t help wondering how different things would be if Boogie was healthy.

The Pelicans were just starting to find their groove when Cousins went down – despite many saying the big man pairing would never work – sitting sixth in the Western Conference at the time and climbing.

Davis even said his squad could’ve made The Finals, which suggests he believed they had what it took to beat the Golden State Warriors in a seven-game series.

“We could have gone through the playoffs,” Davis said, per ESPN’s Rachel Nichols.

“No one could really stop us as bigs. We go to the Finals if we went…”[Teammate Rajon Rondo] reminds us of it: ‘You guys are the two best bigs. I know what it takes to win championships; we got it.'”

While New Orleans beating Golden State is clearly crazy talk, the Cousins injury must be beyond frustrating for Davis, who hasn’t had any serious talent next to him since college.

Cousins was averaging 25.2 points, 12.9 rebounds and 5.4 assists per game before going down on January 26, and he and Davis were on track to become the first teammates ever to both average at least 25 points and 10 rebounds.

But now the entire weight of the organisation once again falls on Davis’ shoulders.

With a limited supporting cast around him, a first-round playoff exit once again looks to be the best-case scenario for a Pelicans squad which had finally dared to dream big.