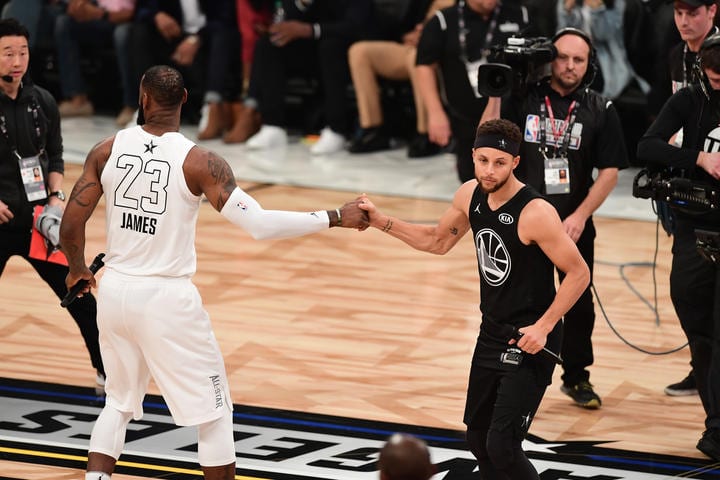 The draft for next year’s All-Star Game will likely be televised, according to commissioner Adam Silver, who continues to give the people what they want when it comes to shaking things up.

While this year’s team format change-up fulfilled its purpose of making the once lacklustre showcase noticeably more competitive, the on-court action could well have been even spicier if the players knew who was drafted ahead of them.

The reasoning behind not televising the draft seemed to revolve around the NBA not wanting to hurt the feelings of a bunch of multimillionaires.

Thankfully, it looks like the league will go all-in with its player draft concept next year by televising the whole thing, draft and all.

That’s the word from Silver.

“When we sat with the union and we came up with this format, we all agreed, let’s not turn something that’s 100 percent positive into a potential negative to any player,” Silver told ESPN’s Ramona Shelburne. “But then … maybe we’re overly conservative because then we came out of there, and the players were, ‘We can take it. We’re All-Stars. Let’s have a draft.’ So it sounds like we’re going to have a televised draft next year.”

Now that will make for some quality viewing.