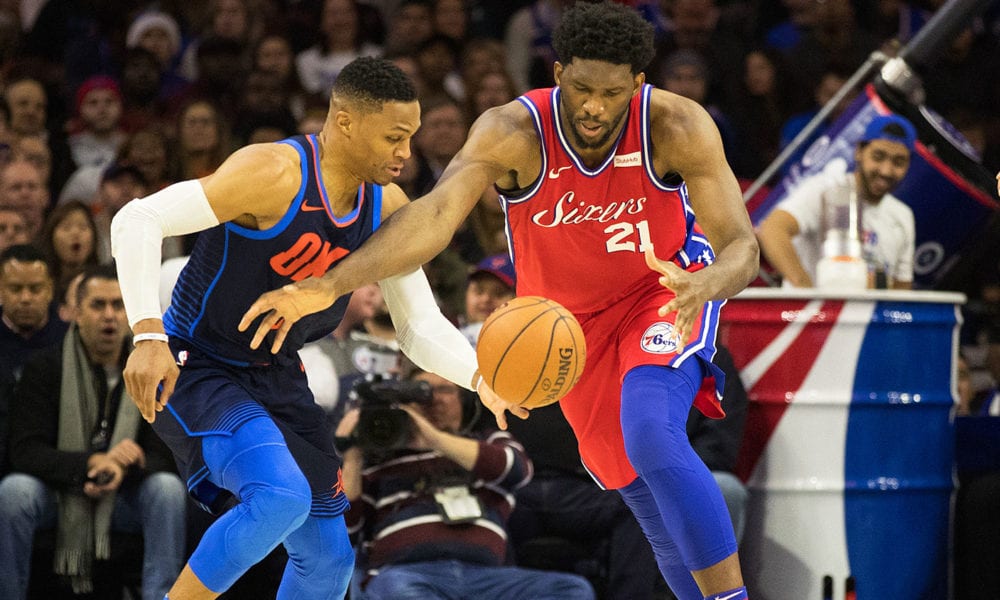 Joel Embiid and Russell Westbrook love to ‘one-up’ each other whenever they cross paths and Sunday’s All-Star Game was no different.

The most notable moment between the pair began when Embiid nailed a rainbow three from well beyond the arc during the second quarter.

Westbrook then looked to catch the celebrating big man napping by attempting to cram it on him straight away, only for Embiid to recover just in time to deny Russ at the rim.

It was one of many uncharacteristically competitive All-Star plays on the night.

But this one was particularly enjoyable because of the history shared by two men involved.

Rewind to December and Westbrook was waving at Embiid and telling him to go home after winning a triple-overtime thriller.

Russell Westbrook on waving goodbye to Joel Embiid after the buzzer: “I told him to go home.” pic.twitter.com/SUBIhfIIzu

Embiid, naturally, was quick to fire back.

They met again late last month and when the Thunder won again, Westbrook stared down Embiid while dribbling out the clock.

Russ was especially arced up – that is indeed his default setting – because Embiid had posterized him something chronic earlier in the game and celebrated accordingly.

Those events have almost certainly sparked what will become a long-standing tradition of dick measuring between these two for years to come, and the rulers were certainly out again at Staples Centre on Sunday.