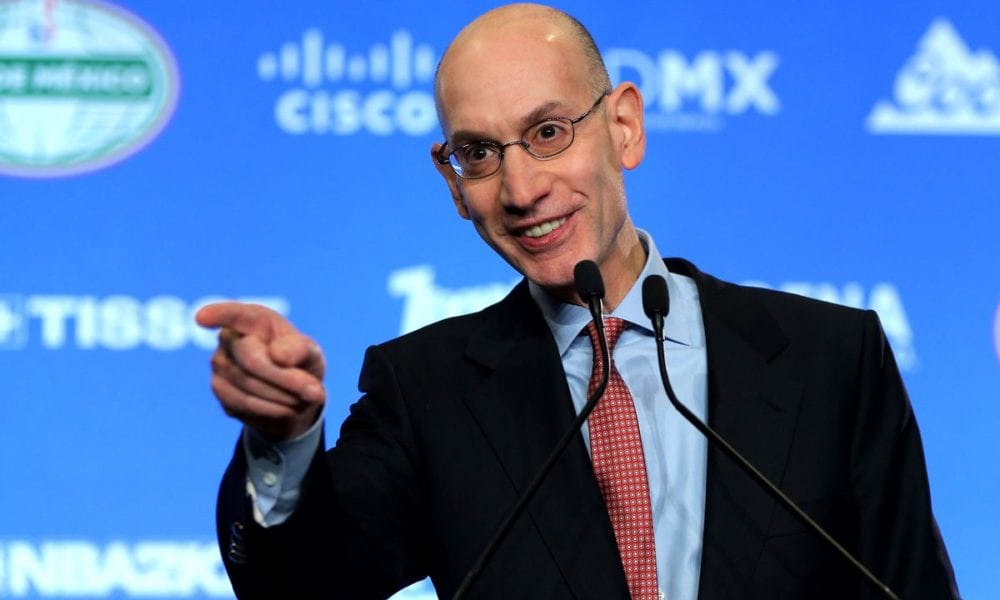 The days of the two best teams meeting in the conference finals could finally be coming to an end.

That’s the talk around LA this weekend after NBA commissioner Adam Silver floated the idea of a playoff format shakeup at a press conference on Saturday.

While many have pushed for the best teams to be seeded 1-16 regardless of conference, Silver still holds concerns over excessive travel and is instead looking at a compromise.

The idea is to continue accepting eight teams from each conference into the playoffs, but then re-seed the teams to ensure to best two meet in the Finals.

“You could have a situation where the top two teams in the league are meeting in the conference finals or somewhere else,” Silver said.

“So we’re going to continue to look at that. It’s still my hope that we’re going to figure out ways…Maybe ultimately you have to add even more days to the season to spread it out a little bit more to deal with the travel. Maybe air travel will get better. All things we’ll keep looking at.”

Pushing for a change to the playoff format would require 20 of the 30 teams to vote for it and there are no current plans for a vote.

But Silver did say the concept had received “serious attention” at the league office.

After little of substance being said about the issue under the David Stern regime, even that is progress.