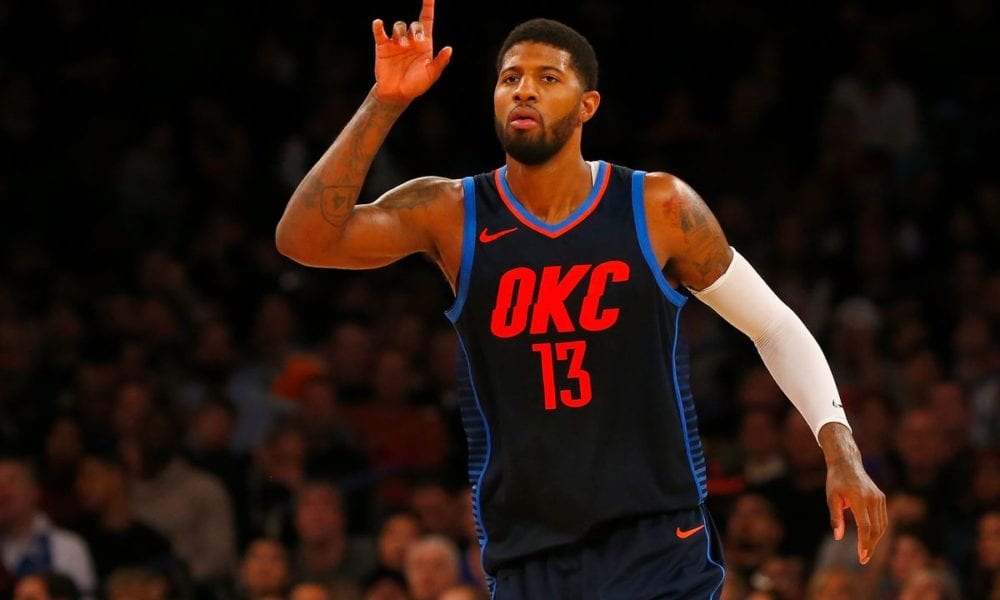 Paul George had barely established contact between bum and seat at his All-Star media day podium when a hearty chant of “We want Paul! We want Paul!” erupted among a group of Lakers fans on Saturday.

Even outside the City of Angels, those pesky Lakers fans – who seem to breed like rabbits – are everywhere.

So the second you touch down in LA itself, the sheer manpower of Laker Nation is very ‘in your face’, especially if your name is Paul George.

But the overwhelming attention doesn’t seem to faze the silky smooth All-Star, who has never known anything else.

“It makes you feel great,” George said, per ESPN and the AP. “I love it. It’s not to say that I don’t. I felt the energy. I know where the love is.”

George grew up in Palmdale, a tick over 60 miles north of Staples Center, the home of this year’s All-Star festivities.

“It feels good to be welcome,” he said. “I think anybody would want to be wanted and be welcomed.”

But when it comes to George’s playing future, the the star small forward unsurprisingly remained tight-lipped.

When asked if he knew where he would play next season, he said: “I don’t”.

While George might not have decided where he’ll play next season, Russell Westbrook certainly thinks he knows.

According to the Los Angeles Times, when Westbrook heard the “We want Paul!” chants, he abruptly turned to them and said “”Paul ain’t goin’ nowhere! It’s over for that!”