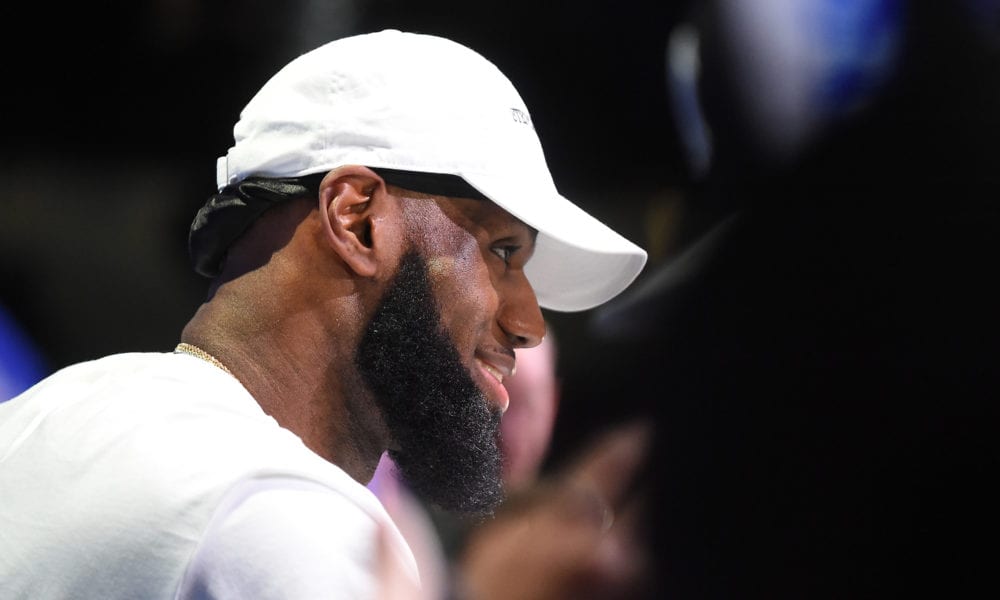 Sorry Fox News, LeBron James will not shut up and dribble.

The 14-time NBA All-Star decided instead to use NBA All-Star Weekend Media Day to do anything but, addressing the recent comments by Fox News presenter Laura Ingraham and other social issues.

Earlier on this week, Ingram created controversy by telling LeBron James to “shut up and dribble” after James and Kevin Durant blasted US President Donald Trump in a video for Uninterrupted.

‘Shut up and dribble’ — Fox News’s Laura Ingraham to LeBron and Kevin Durant after their criticism of President Trump pic.twitter.com/0BlokQDIIl

James sarcastically thanked Ingram for her comments whilst addressing the media.

“I get to sit up here and talk about social injustice and equality and why a woman on a certain network decided to tell me to ‘Shut up and dribble,'” James continued. “So, thank you, whatever her name is.

“I get to sit up here and talk about what’s really important and how I can help change kids, not only in America, but in Brazil, England, Mexico and all over.”

James even had some fun fact checking some of Ingraham’s comments, like how he left High School a year early, stating that he did in-fact graduate from school.

“We’re back to everything I’ve been talking about over the last few years,” James said. “It lets me know that everything I’ve been saying has been correct, for her to have that type of reaction. But we will definitely not shut up and dribble. I will definitely not do that. I mean too much to society. I mean too much to the youth. I meant too much to so many kids who feel like they don’t have a way out and need someone to help lead them out of the situation they’re in.

“You know, to be an African-American kid and grow up in the inner city with a single parent, mother, and not being financially stable and to make it where I’ve made it today, I think I’ve defeated the odds.”

James also addressed US gun laws and why a 19-year-old was able to easily purchase a semi-automatic firearm and murder 17 people on Valentine’s Day.

“We have a kid who wasn’t legally able to buy a beer at a bar, but could legally buy an AR-15? It doesn’t make sense,” James said. “How is it possible that we could have minors to go buy a gun?”

James wants to continue to grow Uninterrupted as a site that empowers athletes to push for social change.

“There was a time when athletes either felt they shouldn’t speak out on things or they didn’t feel the courage to speak about things that are going on. I do it because I’m passionate about it and I know this is bigger than me, personally. The hardest thing in the world for me personally, is raising two African-American boys and an African-American daughter in today’s society. It’s hard.”