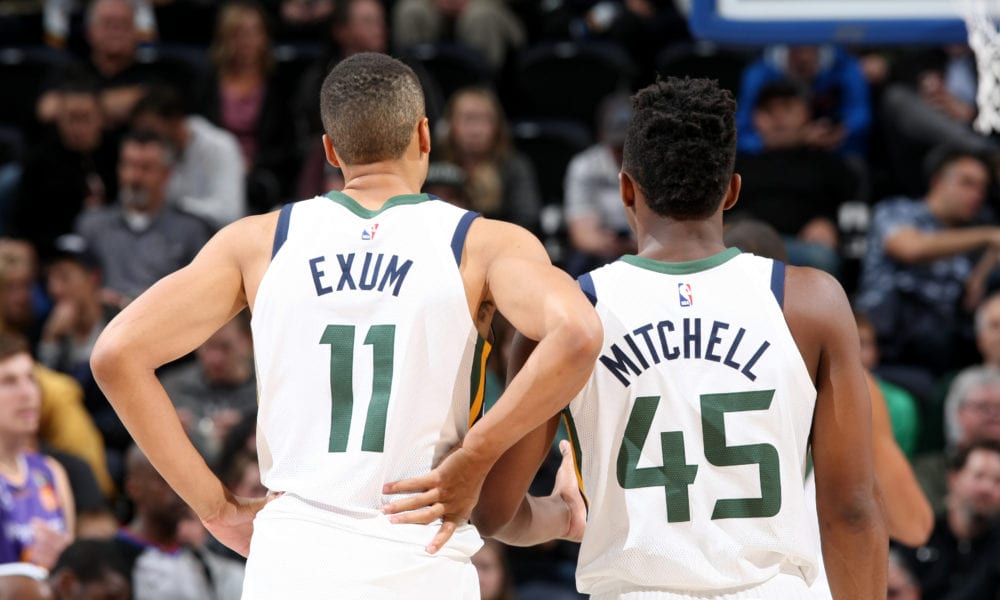 Dante Exum may be injured and have not played a game so far this NBA season, but that doesn’t mean that he hasn’t been an influential member of a Utah Jazz roster currently in the midst of an 11-game win streak.

The Jazz’s streak has been spearheaded by rookie Donovan Mitchell, who as of this week, has arguably taken over Ben Simmons in the Rookie Of The Year Race.

At NBA All-Star Weekend Media Day, Mitchell was quick to credit the influence that Exum has had on him, saying that his team-mate was one of the more important sounding boards for him on the Jazz roster.

“It started in the Summer League, really,” Mitchell told Basketball Forever. “We just had that connection and everyone was excited. Unfortunately he went down in the pre-season.”

With Exum being a fourth-year veteran that’s still only 22-years old, Mitchell, 21, finds him as an important sounding board that he can relate to, noting that his experience and closeness of age make him a relatable confidant.

“There are times when I’m like ‘X, what does coach want here?’ you know, stuff that you won’t ask a veteran just because you don’t want to seem like you don’t know, so you ask guys around your age that have been in the league for a while.

“He talks to me a lot about what he sees, stuff that we’ve done, mistakes that we’ve both made that we get yelled at about – so we can laugh about it, joke about it.”

Exum, who’s has been injury ravaged ever since he’s entered the league and has only managed to play 148-games in three-and-a-half seasons and Mitchell was quick to shout-out his team-mate’s positive attitude in the face of set-backs.

“He’s another guy who’s always happy, always positive, even through a time like this where he’s hurt again.

“If a lot of people go through something like that it messes with their mind, their mood.

“He’s been a great team mate to have and I’m really happy to be out there with him.”

With Exum’s team-mate Mitchell and best friend Simmons currently being the two stand-out rookie of the year contenders, maybe there’s a post-retirement career in life coaching for him.