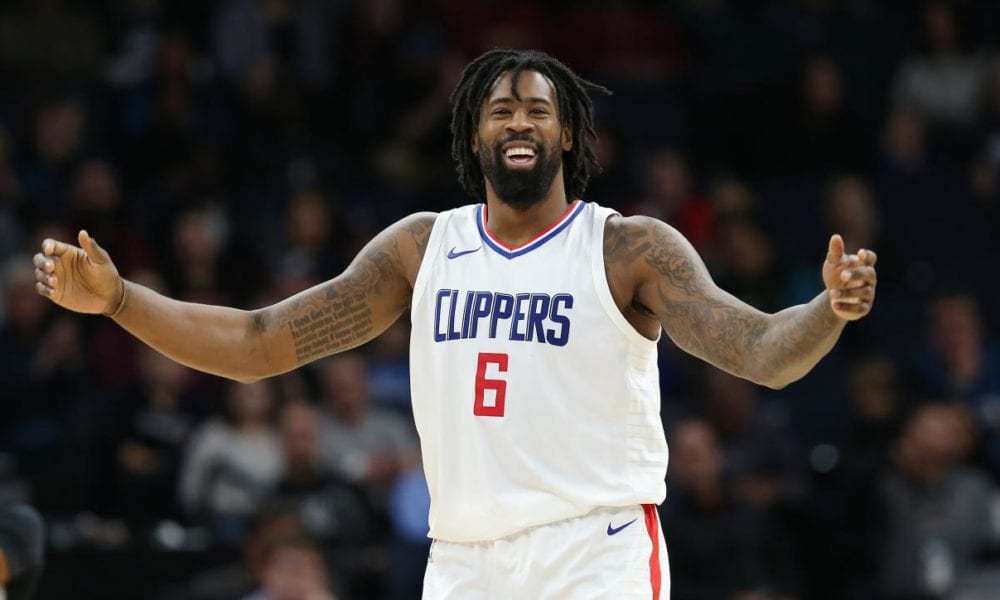 The Clippers thought they were very close to sending DeAndre Jordan to the Cavaliers during the wild flurry leading up to the trade deadline on Thursday, according to ESPN’s Brian Windhorst.

But everything changed when the Cavs reached a deal with the Clippers’ crosstown rivals, sending Isaiah Thomas, Channing Frye and a first-round pick to the Lakers for Jordan Clarkson and Larry Nance Jr.

The move gave the Cavs younger players who could be pieces for the future with one eye towards a potential LeBron-less future, as opposed to acquiring Jordan who turns 30 in July.

The Clippers were reportedly very active in shopping Jordan after dealing Blake Griffin to Detroit on January 29, seeking young players and picks as the franchise shifted gears mid-season from ‘win now’ to planning for the future.

But for now, Jordan remains a Clipper, despite knowing damn well the team is actively keen to ship him out of town.

Picture a girl (or guy) begging you to stay with them, before doing everything possible to force a break-up and ultimately deciding they had no better options.

That is where DeAndre Jordan is right now.

Sure, the NBA is a business and relationships are not (unless your last name is Kardashian).

But it must be a weird feeling nonetheless.