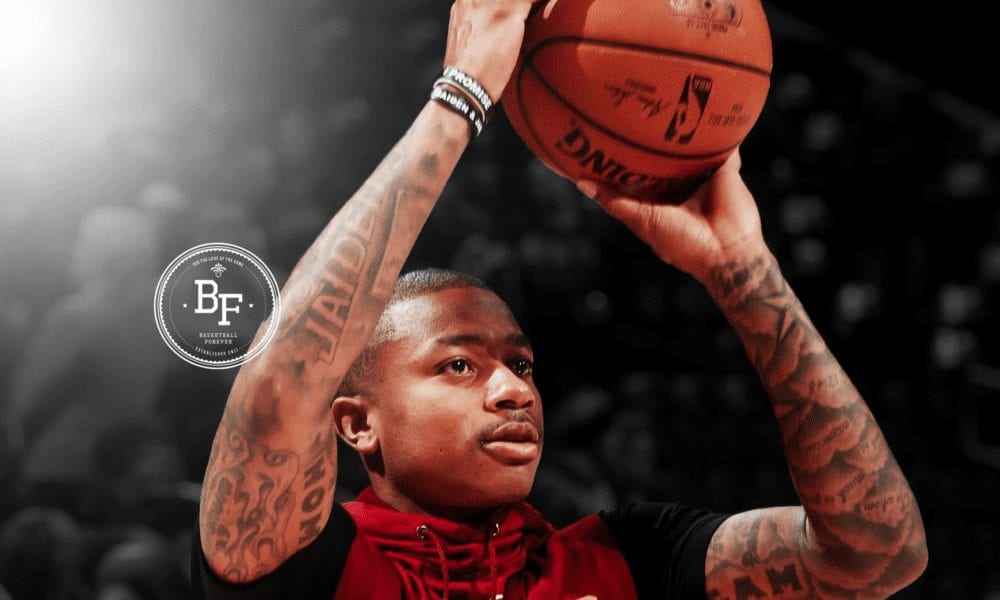 The Cavaliers appear to be spiralling towards a catastrophic crash landing and Isaiah Thomas is only adding fuel to the fire.

Thomas has never been afraid to say what he thinks and his latest comments, provided right after Cleveland’s atrocious loss to Orlando on Tuesday, appear to contain shots fired directly at coach Tyronn Lue.

“We got to do better,” Thomas said, per ESPN’s Dave McMenamin. “We got to adjust throughout the game. They made adjustments, and it worked, and we just kept getting hit with the same thing, and we made no adjustments. And that’s been one of our biggest problems all year, is adjusting. Teams are not just going to allow us to continue to score and continue to do things at a high level. They’re going to make adjustments, and we have to do the same thing, too, and we’re not that good at that right now.”

Here’s what he actually said:

IT’s comments are unlikely to be well received within his own locker room, particularly because he has also proven to be one of Cleveland’s biggest problems.

Thomas is not playing well at all as he battles back from a severe hip injury.

His defence is some of the worst you’re likely to see in in the league and he hasn’t been a positive at the offensive end either.

While Thomas returning to his old self is Cleveland’s only realistic chance to put another All-Star caliber player next to LeBron, a shot at redemption seems less likely for the Cavs every time Thomas starts pointing fingers.

His teammates will soon run out of patience, and his team is already running out of time.