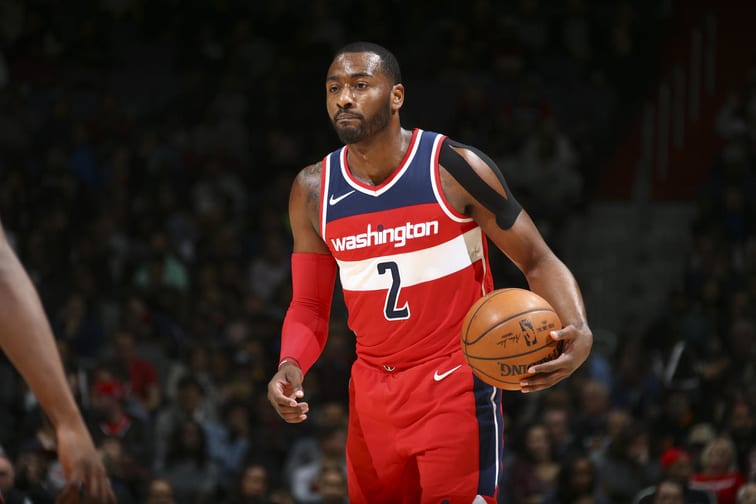 The Washington Wizards are 5-0 since John Wall was relegated to the sidelines with a knee injury and rumblings have since emerged that the team is better without their highly-paid point guard.

While it was inevitable the media would pick up on the Wizards’ assist rate soaring in Wall’s absence, teammate Marcin Gortat making plenty of noise was slightly less predictable.

If John Wall’s comments on Tuesday are anything to go by, the Polish Hammer’s tweet wasn’t made in jest, and the former Kentucky Wildcat isn’t happy.

“I know I’m a team player,” Wall told NBC Sports. “I average almost 10 assists a game. I’m very prideful, and finding my teammates and get these guys easy shots. It’s just more that I could hear from [Gortat], and understand that he gets the most assists from me and the most spoon-fed baskets ever.”

John Wall's heard what people are saying about him 👀 pic.twitter.com/2cRmOKZmw2

Speaking on ESPN’s The Jump, during something of a whirlwind media tour, Wall also indirectly called out Gortat and any teammates who might have a problem with him.

“I just think if you have a problem with anyone as a man and the principles I stand on, you talk face-to-face,” he said. “They have my number, they can see me in person. If we have any discomforts, we can talk.”

Wall is out for six to eight weeks after undergoing surgery to address persistent knee pain.

It will be very interesting to see how the team reacts when he returns, both on the court and in the media.