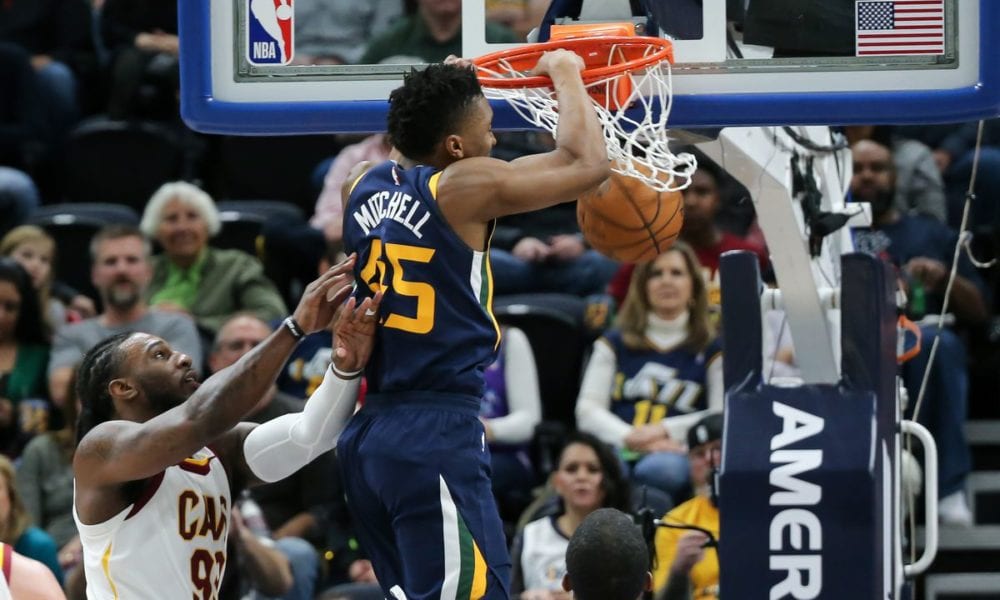 Donovan Mitchell is currently enjoying one of the most impressive rookie seasons we’ve seen in years.

The man is averaging 19.7 points in 31.9 minutes per game with a game so pretty even Utah’s wacky as hell new jerseys can’t ruin the viewing experience.

Now Mitchell’s explosive talents are set to feature in the dunk contest, with the news that Aaron Gordon has withdrawn injured after an ailment also severely hampered his contest appearance last year.

While Gordon’s omission is unfortunate, it’s time to get excited about Mitchell.

The Jazz rookie has been responsible for some of the most damaging jams this season.

He can elevate with ease, catch lobs with the best of them, get his head right around rim height and knows how to put some extra spice on each throwdown.

It should be noted that in-game dunking and contest dunking are two separate beasts, and it remains to be seen how Mitchell will adjust to the high-pressure, highly scripted nature of the contest.

But he certainly has all the tools to get fans excited about a contest which has been both much-loved and much maligned throughout its colourful history.