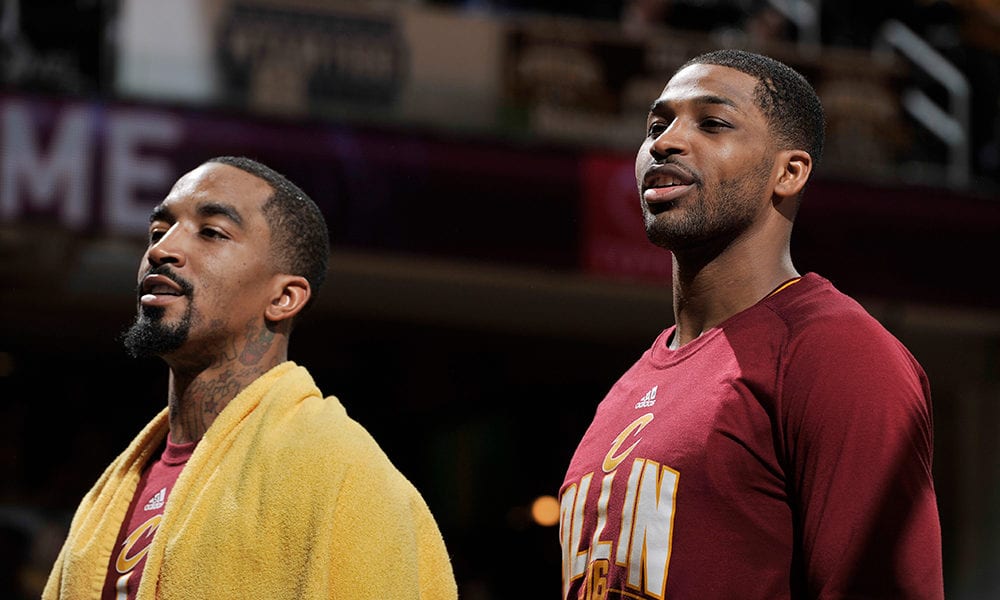 ICYMI, the Cleveland Cavaliers are up shit creek without any means of propulsion.

They’re somehow close to falling out of the top-four in the East and are struggling to get a single deal done as we inch perilously close to the February 8 trade deadline.

Two of the biggest sticking points in Cleveland’s trade negotiations have been the inflated contracts of Tristan Thompson and JR Smith, according to ESPN’s Adrian Wojnarowski, who joined the Lowe Post podcast on Monday.

“Tristan Thompson’s contract and JR Smith and some of the guys with big numbers on their team are just not movable,” he said. “If you’re the Clippers, the idea of taking Tristan Thompson on just to get the Cavaliers 2018 pick, let’s say it’s gonna be 25 or 26 wherever it falls, is it worth taking on all that Thompson money going forward? The answer to that is probably not.”

It came as USA Today’s Sam Amick reported that Cleveland offered the Clippers Thompson, Smith and their own first round pick for DeAndre Jordan.

LA presumably hung up the phone either amused or pissed off, with the trade providing them with the worst of both worlds: absolutely nothing of value for the future, while also clogging up their cap space.

Smith is set to make $13.7 million this year and $14.7 million next year, which is a lot of money to pay for a streaky shooter having a terrible season.

Both contracts were signed in the mad summer of 2016 amid the lingering euphoria of the Cavs’ championship run, and they have since come back to haunt them.

The interesting wrinkle here will be whether the Cavs eventually fold and offer their Brooklyn pick.

If LeBron leaves, Cleveland is going to be in a world of pain anyway.

The number eight pick is hardly going to save them.

They might as well use it to push for DeAndre or someone of substance who can help them immediately, and in turn make a push to keep LeBron.

Trading the Brooklyn pick is not ideal, sure.