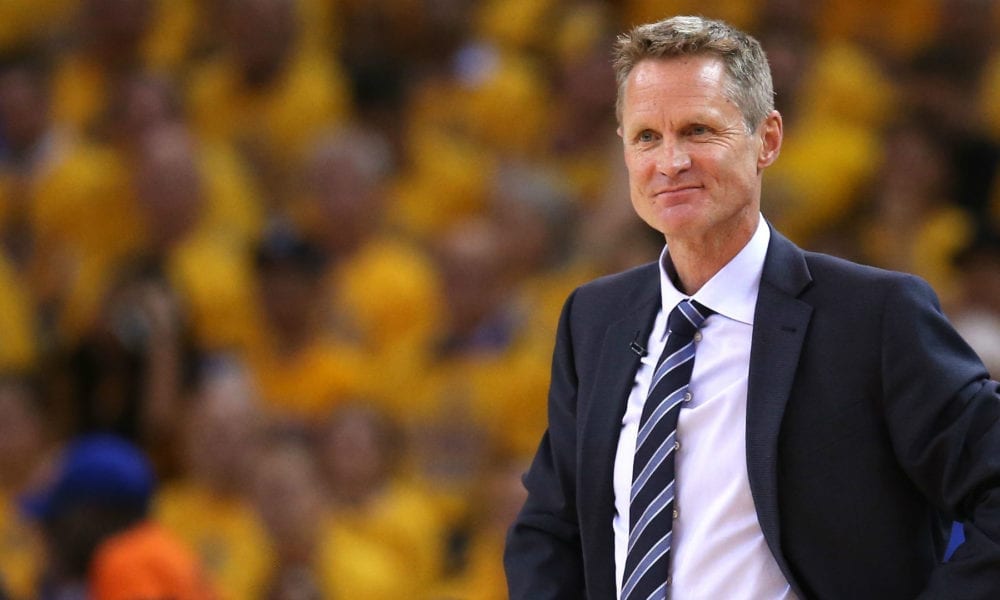 Steve Kerr has tweeted and deleted a comment which appeared to criticise James Harden’s tendency to travel more than your regulation hitchhiker, while seemingly taking a shot at the NBA for letting him get away with it.

Our story begins on Thursday night, when the NBA posted a video of Harden putting moves on LaMarcus Aldridge.

Kerr thought the move was a blatant travel, and let the league know about it.

Why Steve delete this 🤔🤔🤔 pic.twitter.com/4oAMgr7KaV

The only thing was, he didn’t mean to, as he explained at shootaround on Friday.

“I thought it was a direct message,” he told an amused gaggle of reporters. “My new iPhone is killing me.”

Steve Kerr explains his accidental Tweet on the James Harden move, blames his new iPhone X, thought it was a DM pic.twitter.com/I79HDn3qVO

So there you have it, modern technology has claimed yet another middle-aged victim.

Full credit to Kerr for his candid and amusing account of what happened, as well as offering up the stories behind his other iPhone blunders.