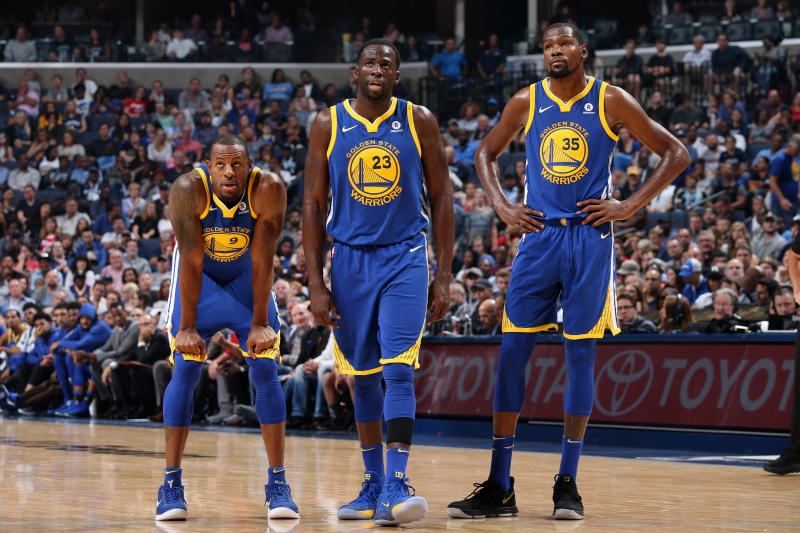 While much was once made of the mental and physical toll taken on the LeBron-era Heat leading up their fourth straight Finals, the Golden State Warriors now find themselves in the same situation.

While the Warriors are still 8-2 over their past 10 games due to sheer talent, that fatigue is starting to rear its ugly head.

Golden State is flipping the switch late in games to get wins and their traditionally elite defence has fallen away (18th in the league over the last 10 games).

Coach Steve Kerr, who knows first-hand how hard it is play in a string of Finals series, said his guys simply needed some rest, per Monte Poole at NBC Sports Bay Area.

“Our guys are dying to get to the All-Star break,” he said. “We’re limping to the finish line of the All-Star break. But we’ve got to fight through it until the break, and then we need to get the hell away from each other and go sit on a beach and relax.”

He also said this, via Chris Haynes at ESPN.

“… It’s painful obviously that our guys are mentally fried right now,” Kerr said. “So it’s a good job to just get a win. … Our guys are tired mentally, emotionally. So we just got to fight through, get to the break and rejuvenate.”

While there was a time when the All-Star break barely provided a break at all, the Warriors will get a full week off over that period.

From there it’ll just be about staying healthy until they hit the playoffs, where you can bet your boots they’ll re-focus and kick right back into their usual world-beating form.