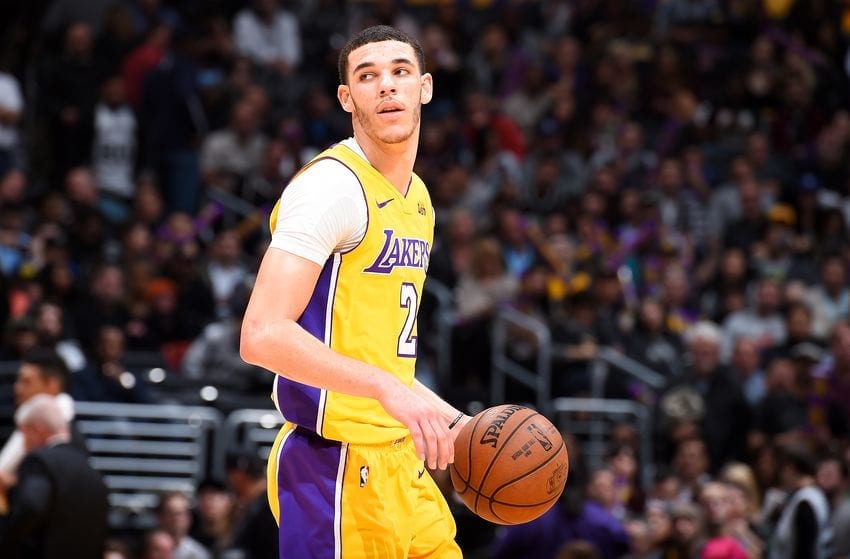 Lonzo Ball’s battle to return from injury isn’t over just yet.

Ball will miss at least two more games with a sprained left MCL, the Lakers announced on Thursday.

Lonzo Ball did not participate in today's practice in Brooklyn and has been ruled out for the rest of the road trip by head coach Luke Walton.

The announcement means Ball will miss the team’s road games against Brooklyn on Friday and Oklahoma City on Sunday, with the possibility of returning against Phoenix at Staples Center on Tuesday.

Ball has already missed eight consecutive games since injuring his knee against Dallas on January 13.

Coach Luke Walton has said he will not rush Ball back and wants to see him practice first to how his knee responds.

“Today was our last real practice,” Walton said at Barclays Center on Thursday. “Saturday will be a [scheduled light] shootaround [practice]. He will not play before he practices, so he is out until at least we get home.”

🎥 Head coach Luke Walton gives an injury update on Lonzo Ball and talks about what the team needs to clean up heading into the game against the Nets. pic.twitter.com/Hj57kVHjpi

This Saturday marks three weeks since he injured himself, with the typical timetable for the ailment one to three weeks, according to the team.

The Lakers are 4-4 without Ball on this current stretch and 4-10 without him overall this season.