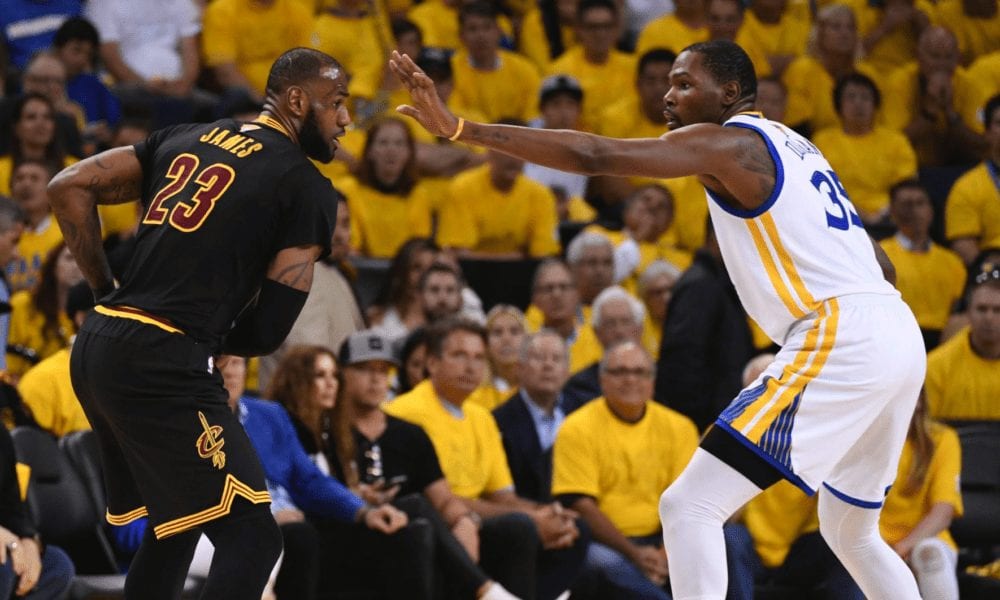 An ESPN report published on Wednesday suggesting LeBron James would be willing to meet with the Golden State Warriors in the summer raised a lot of eyebrows, and few eyebrows were raised higher than those belonging to Kevin Durant.

“Bullshit,” Durant said between laughs on Thursday. “In this league, just like a few years ago with me coming here, nobody would have thought that. There’s part of me as a basketball player where it’s like, ‘Let’s just worry about basketball.’ But the other side, we know it’s a business as well and a lot of crazy things have happened since I’ve been in the league.”

KD has a simple (NSFW) response to the LeBron rumors 👀
(via @957thegame) pic.twitter.com/mPSZqIcHoR

Golden State would of course have to carve out the cap space for a max deal to even have a shot, and they currently pay about $135 million in salaries, the highest in the league.

The report, written by Chris Haynes, said James would be open to meeting with the reigning champions “out of respect for the Warriors”.

Haynes also noted there was no indication the Warriors were evaluating the possibility of signing LeBron, merely that he would be open to meeting with them.

Golden State would likely have to get rid of Klay Thompson or Draymond Green, possibly both, to clear enough space.

But at this point, would you put anything past them? Or LeBron?

Related Article:  How Booker Has Leveled up and Carried Phoenix to 16-7
-->