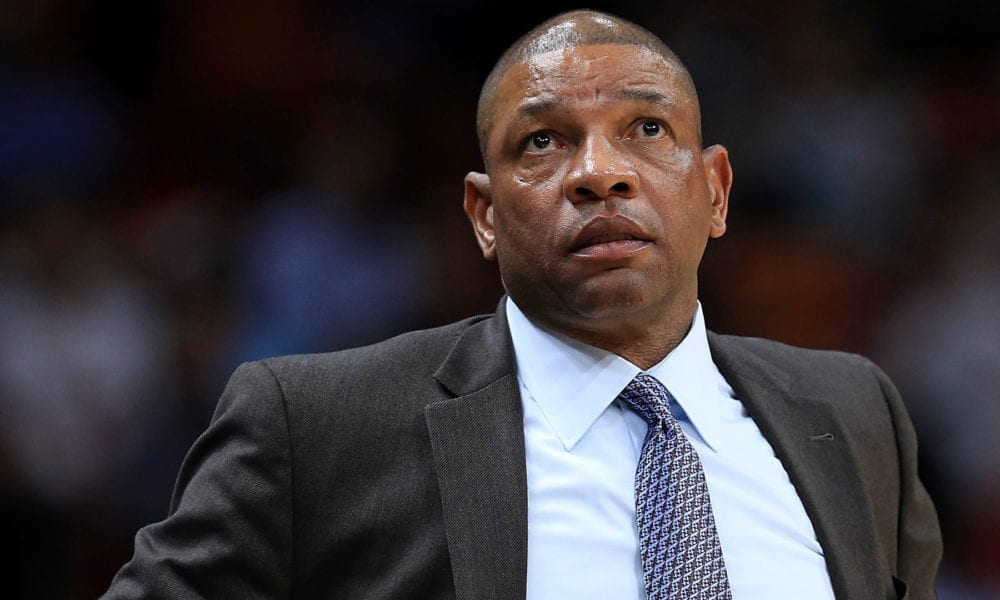 Despite shipping Blake Griffin to the icy and empty confides of the Detroit Pistons’ new home base, Doc Rivers says the Clippers won’t be entering a rebuilding phase.

“We make this trade and then everyone thinks we’re just trading everybody away, that’s not true,” Rivers said on Monday. “But that’s what’s out there. Sometimes you can’t control the narrative. You just can control your job, and that’s what I have to do.”

Rivers’ comments follow Adrian Wojnarowski reporting the Clippers would “continue to pursue packages of young players and picks in talks for DeAndre Jordan and Lou Williams”.

Rebuilding has never been the Doc Rivers way, so it comes as no surprise that he has made these comments.

But there’s little point in making the Griffin trade for smaller pieces and picks if you aren’t going all-in on a rebuild.

Trying to rebuild and win now at the same time is likely to result in a confusing team that doesn’t know what the hell it is, the Orlando Magic being the classic example.

President of basketball operations Lawrence Frank, meanwhile, made no such assurances that future trades wouldn’t go down, however, despite frequently stating his desire for the team to compete in the short-term.

“You never know,” Frank said. “If you were to ask me the question a week ago whether we were going to trade Blake Griffin, the answer would have probably been different than why we’re standing here today. You never know how it’s going to unfold with the trade deadline looming. There will be a lot of activity, so we’ll see how it plays out.”

The trade deadline is February 8.