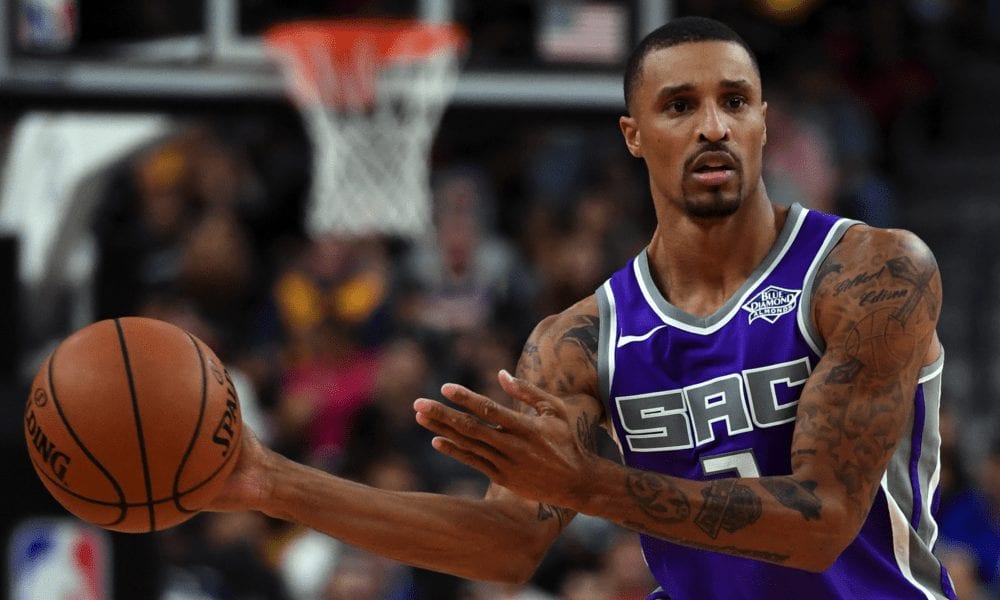 After numerous “prominent” Cleveland Cavaliers players anonymously went to the media expressing concerns that their squad was not ready to contend, the team has expressed interest in a trade for Sacramento Kings guard George Hill, per Yahoo Sports’ Shams Charania.

Hill would slide into a dual-guard role while “starting at either backcourt position or playing as a reserve”, according to the report.

He signed a three-year, $57 million contract with the Kings in July after stops in San Antonio, Indiana and Utah.

But after losing six straight, the Kings have turned their focus to their extensive collection of young players, handing the keys to the offence to rookie point guard De’Aaron Fox.

It also appears Hill was brought to the Kings with the promise they’d compete for a playoff spot, something which was reportedly annoyed the would-be starting guard after his team predictably plummeted in the standings.

Hill’s 10.5 points and 2.7 assists are noticeably down on the 16.9 points and 4.1 assists he put up last season, when his Jazz made the Western Conference Semifinals.