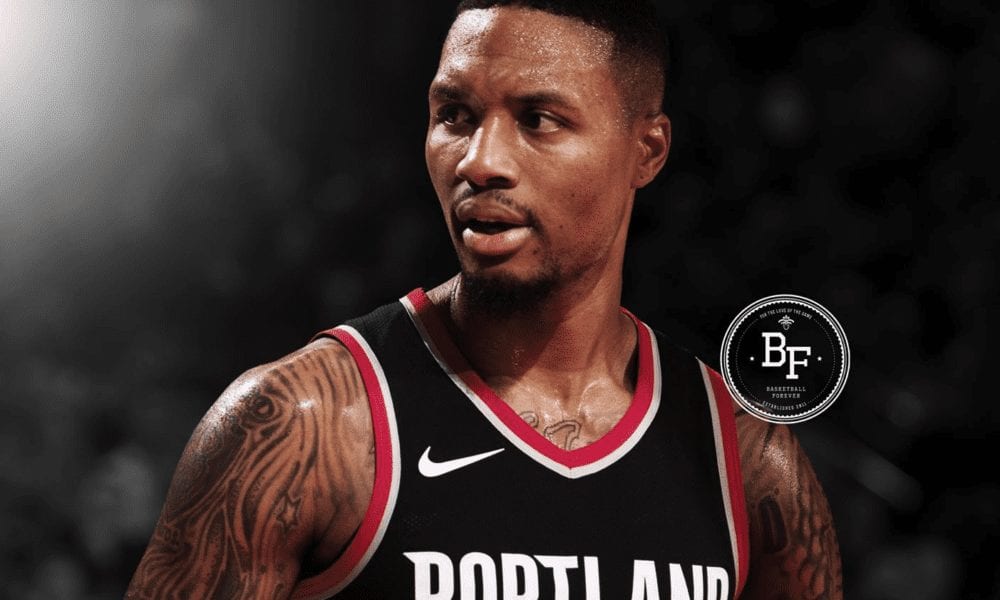 When Damian Lillard was named an All-Star in 2014 and 2015, some assumed he would be an annual feature at the showcase event.

But such a conclusion was neglecting the wild logjam of elite talent in the Western Conference’s backcourt ranks.

As a result, Lillard has missed out the past two years despite putting up career best numbers, not to mention the Blazers continuing to make the playoffs with a much younger lineup than the Aldridge-Batum-Matthews-Afflalo-Lopez days.

There might not be an end to the frustration in sight for Lillard, who finished eighth in fan voting this year, one spot behind Lonzo Ball.

While he could be included as a reserve by the coaches, Lillard still says he has grown tired of missing out, and wants to see things change this season, according to ESPN’s Chris Haynes.

“I’ve gotten frustrated just for the fact that it feels like I always got to be the fall guy and every other guy has been deserving,” Lillard told Haynes before the final ballot was released. “In the past, the thing has been, ‘All right, my team has been 10 games under .500 or not in the playoffs,’ but every year we’ve found a way to be in the postseason, and this year I think we’re in much better position than we have been in the past two seasons that I didn’t make it.”

Lillard added that he was also expecting to miss out this year, but that didn’t mean it sat well with him.

“I think I’ve gotten over the emotional part of it the last few times that I didn’t make it,” he said. “Now I’m kind of like expecting it to go that way, but I feel like I should be there.”

The others are LeBron James, James Harden and Steph Curry.