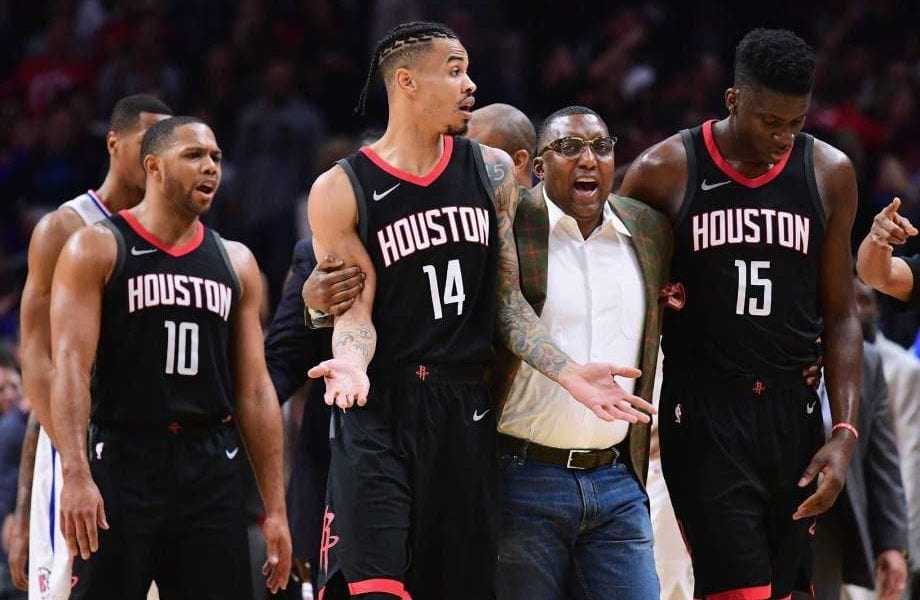 The NBA has launched an investigation into the attempt made by four Houston Rockets players to burst into the Los Angeles Clippers’ locker room, according to ESPN’s Adrian Wojnarowski.

The wild scenes occurred following the Rockets’ 113-102 loss to the Clippers at Staples Centre on Monday night.

The NBA's investigation into the Clippers-Rockets tomfoolery began late Monday night and continues into today, league sources tell ESPN. There will be no shortage of punished individuals.

Sources: As details emerge on aftermath Rockets-Clippers game, Trevor Ariza remains described as most aggressive and determined to get into opposing locker room — with Chris Paul and James Harden viewed as trying to slow down Ariza. NBA investigation will continue into Wednesday.

For those who’ve just tuned in, Houston’s James Harden, Chris Paul, Trevor Ariza and Gerald Green forced their way to the entrance of the Clippers locker room after Paul’s return to LA became extremely chippy early in the game.

Making matters even juicer was Chris Paul reportedly using his intricate knowledge of Staples Centre to bypass security and lead his teammates along an alternative path towards the Clippers’ locker room.

Once they arrived, a few Clippers players dared the Rockets to come further into the room, before security and team officials forced the Houston players away from the scene.

While Charles Barkley and Shaq thought the whole thing was hilarious on Inside The NBA, the league is far less likely to be amused.

Expect them to come down hard on those involved, as the investigation continues into Wednesday.