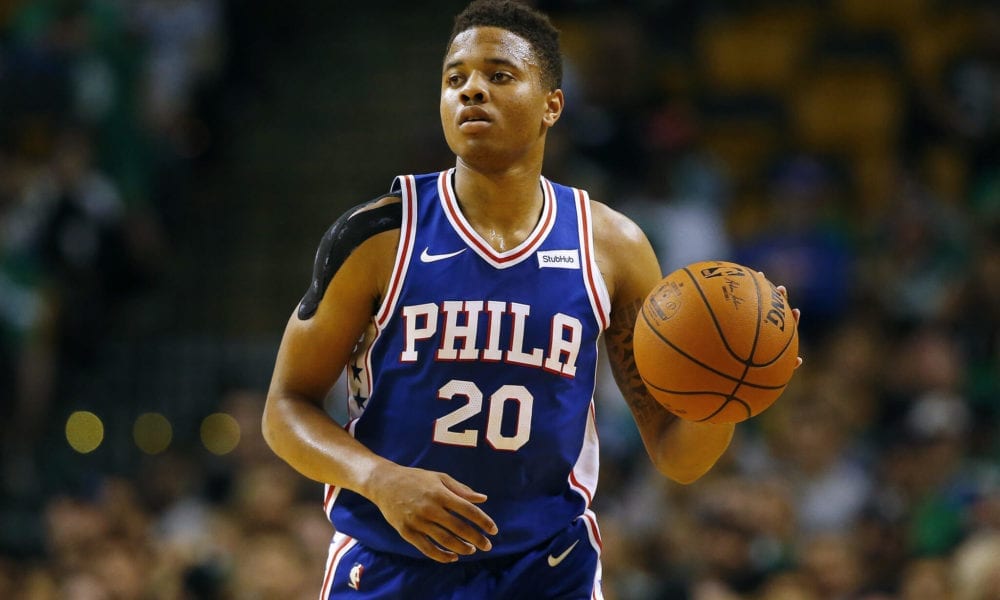 While Markelle Fultz’ bizarre and ongoing health problems have been well documented, his injury may not be what’s currently keeping him away from the court.

Fultz has been severely affected by his jump shot packing up and disappearing in the middle of the night ahead of the season, a mystifying phenomenon which undoubtedly has something to do with his shoulder injury, even if no one can agree what exactly that connection is.

Either way, it had been widely understood that it was Fultz’s shoulder injury which was keeping him away from the court.

But when 76ers coach Brett Brown was asked whether Fultz needed to be at “100 percent” before returning to the floor by the Philly Voice, he suggested that health was not the problem at all.

“I think what he needs to be is able to shoot a basketball,” Brown said. “I don’t know what percent we’re going to apply that comment, but he needs to feel he can go and shoot a basketball. To just render it that the free throw is pretty good, and it is, and to only go that far without talking about some of the other pieces, is not what we are looking at, and I know he isn’t looking at that.”

Markelle Fultz’s shooting has trended closest to looking like this today. Take that for what you will. #Sixers pic.twitter.com/Hdi82KT7UW

However, Brown changed course moments later and said it was possible that Fultz could also still be experiencing shoulder pain.

This, of course, is despite the team releasing a statement in December stating that their prized draft pick was pain free.

“I think there still is some [discomfort] from time to time, and he would be able to answer that better,” he said. “But it’s my understanding that there is. I think that’s part of recognizing there’s still some sort of erratic shooting that it’s not where it used to be, yet. And I hope everybody writes that ‘yet.”

As weeks turn into months and many wonder whether the months will add up to an entire season, the 76ers have still not released a formal explanation for any of this or released a timeline for Fultz’s return.

Meanwhile, anyone who does comment, does not seem to have a complete understanding of what’s going on.

That is quite likely, especially in Brown’s case, through no fault of their own.

But it does make you wonder if anyone really knows what’s going on, as this whole mess continues to be one of the most mysterious and baffling injuries in recent memory.