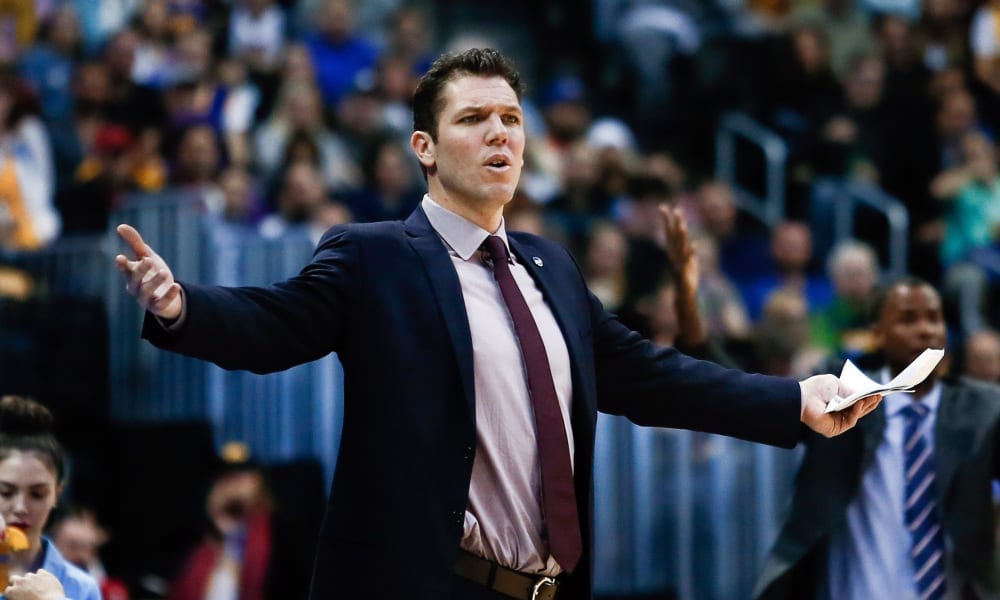 It was their first public sign of support for Walton since LaVar Ball lashed Walton in the media and rumours began circling that the Lakers were eyeing former Memphis Grizzlies coach David Fizdale.

It had been widely speculated to be a bad sign that the Lakers never publically defended Walton in the wake of LaVar’s comments.

But the front office reportedly did not want to respond to comments made by a parent of a player.

According to ESPN’s Ramona Shelburne, it was the speculation that the team was chasing Fizdale which promoted Buss to take action.

So proud of my @Lakers players and Coach Walton for winning their 4th game in a row against the Mavericks.

Coach Luke Walton has the @Lakers playing some of their best basketball of the season right now.

On my way to #Memphis for #Lakers game. Dinner with Rob and Luke tomorrow night. Barbecue!! @Lakers #InLukeWeTrust pic.twitter.com/cDIAHSn80a

The tweets came just hours apart, in what appeared to be a very deliberate, choreographed Twitter exercise by Buss and Magic.

And yes, from what I heard, Jeanie absolutely is jumping in here to both reassure Luke of his place with the Lakers and show that support publicly after the Fizdale stuff yesterday, which was highly speculatory and originated from outside the organization.

“Jeanie has always been great,” Walton said, per ESPN.

“There is no doubt that they support me. I haven’t seen the tweet but again I don’t have twitter. But I know they support [me and the coaching staff].”

Here’s hoping Walton does in fact get the proper chance he deserves.