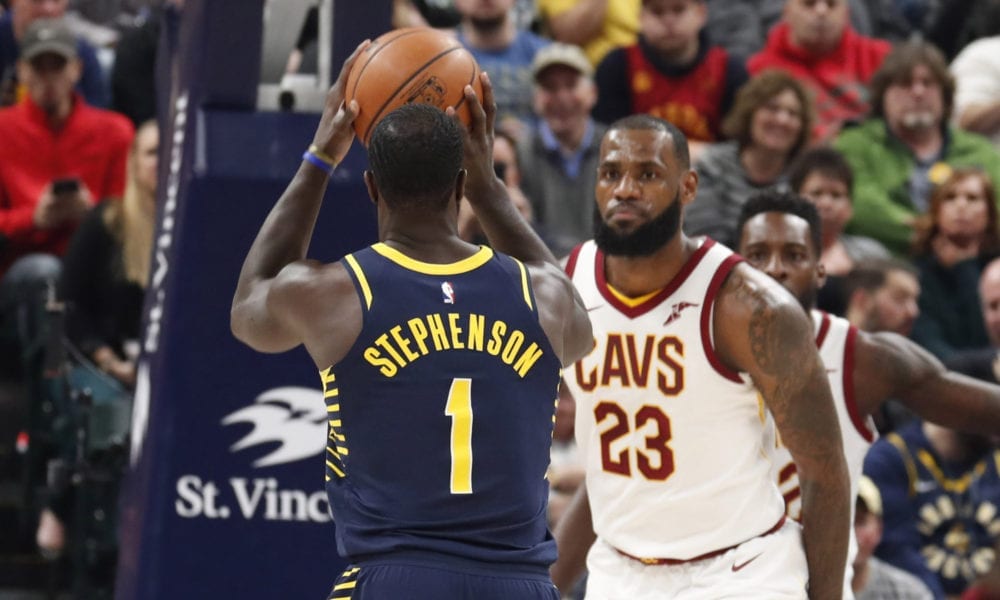 Few players elicit as wide an array of emotional responses within the space of 48 minutes as Lance Stephenson.

Among them is the joy he brings to the fans when he makes an outrageous play, the bewilderment he provokes when he pulls off a no-look pass and subsequently falls over for no apparent reason, and the rage he specifically ignites within LeBron James.

Fast forward to Friday night and Lance was peak Lance when his Pacers erased a 22-point deficit to beat the Cleveland Cavaliers 97-95 at Bankers Life Fieldhouse.

In no particular order, here are some of his greatest hits from the night.

IRRITATING THE LIVING HELL OUT OF LEBRON

Stephenson seems to love getting in LeBron’s ear – sometimes literally – more than anything.

Lance’s Friday outing would hardly have been complete if he didn’t enrage the King, and you already knew it was at the top of his to do list.

LeBron is the calmest of customers, but there’s just something special that Stephenson brings to the table that even LBJ can’t stand.

Remember, even Ned Flanders has a breaking point.

ROYALLY PISSING OFF THE CAVS ANNOUNCERS

Lance is so annoying, in fact, that he even prompted Cleveland Cavaliers announcer Austin Carr to endorse violence.

“They are so fortunate that LeBron has a calm personality,” Carr said on Fox Sports Ohio amid the Stephenson-James drama.  “Because the way this guy has gotten him, he needs to just take that elbow one time and pop him.”

If only this was WWE where commentators occasionally enter the ring.

Despite Stephenson’s noted offensive prowess – at least in Pacers colours – it’s easy to feel nervous when he tells everyone to clear out and let him go to work, especially in the fourth quarter when most teams would do well resist the ‘hero ball’ temptation and continue playing wholesome team offence.

But on this occasion, Lance knew exactly what he was doing.

This what his night, and Kyle ‘Deer in the Headlights’ Korver didn’t stand a chance.

Sure, this has been a bit of a recurring celebration throughout the season, but we’re still digging it.

Lance Stephenson hits the 3 as the shot clock expires!
The #Pacers and #Cavs are battling it out on FSI and FSGO. pic.twitter.com/IU3ivEntVK

Down five with a little over four minutes remaining, the Pacers needed a basket as badly as Steve Austin needed a beer after every Stone Cold Stunner.

Enter Mr. Lance Stephenson, who received the ball from Collison from straight away, stepped into the shot with confidence, and knocked it down.

For regular viewers of The Lance Show, the next instalment is scheduled for Sunday night in Phoenix.