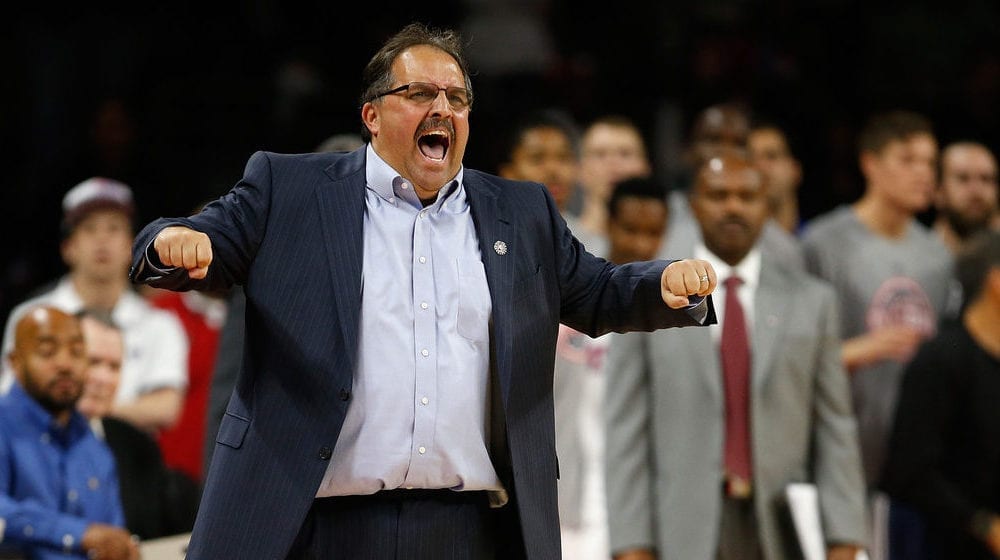 The fallout from LaVar Ball claiming Luke Walton’s players had turned against him is beginning to reach well beyond the Lakers.

Some members of the NBA fraternity have become enraged not so much with Ball’s comments, but with ESPN deciding they were newsworthy and running the story in the first place.

Rick Carlisle was the first to stick it to ESPN, saying the article was a “disgrace” and that it “erodes trust” between the coaches and the media.

Steve Kerr also chimed in, labelling Ball the ‘Kardashian’ of the NBA.

Van Gundy has since taken things to the next level, saying he will not cooperate with anyone at the worldwide leader when the Detroit Pistons play on ESPN on January 19.

“I thought it was a cheap shot and I thought ESPN showed total disrespect,” Van Gundy, who’s brother Jeff Van Gundy works for ESPN, told The Detroit Free Press on Monday. “I don’t have a problem with LaVar Ball. He’s a grown man. He can voice whatever opinion he wants. I got a problem with ESPN deciding that’s a story. I’m not meeting with their announcing crew before the game, I’m not doing the in-game interview. I’m not going to participate in the thing.”

Van Gundy is setting himself up for a sizeable fine if he follows through, as these media commitments are written into every coach’s contract and the league has billion-dollar relationships with the broadcasters who cover it.