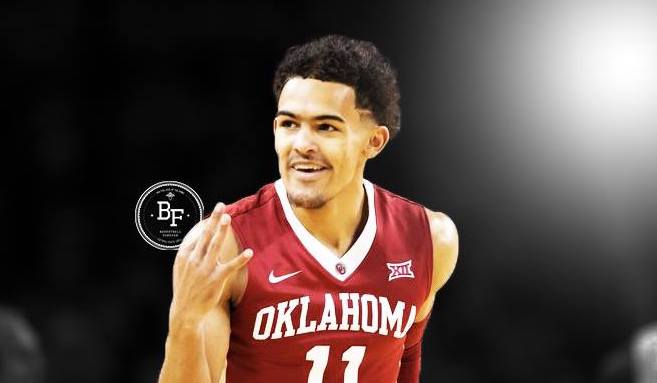 In a bid to curb tanking, the NBA board of governors approved changes to the draft lottery in September. The result is a more even distribution of lottery odds for the worst teams in the league. For instance, the bottom 3 teams now each have a 14% chance of obtaining the #1 overall pick. Previously the chances were 25%, 19.9% and 15.6% respectively. This is significant for the team with the worst record, now 11 percentage points less likely to have the top pick. There will be less incentive to tank excessively as Philadelphia did during Sam Hinkie’s tenure as General Manager. However, these changes will not be implemented until 2019, meaning teams can “Trust the Process” one last time. It just so happens that the 2018 draft is loaded with talent at the top. Teams with a top 6 pick really can’t lose at this point.

Luka Doncic (Real Madrid) is the most accomplished 18 year old we’ve seen in a long time. After winning a Eurobasket gold medal with an unheralded Slovenia team (apart from Goran Dragic) and making the tournament’s all-star 5, Doncic took that form back to Madrid. He currently has the Euroleague’s highest PIR (overall efficiency rating) by a wide margin and ranks 2nd in scoring average. While many of his American contemporaries are in college or high school, Doncic is dominating grown men. In a preseason survey, 69% of polled GMs rated Doncic as the best international player not in the NBA. This would speak volumes for any player, let alone an 18 year-old.

20 PTS, 10 AST & 8 REB for Luka Doncic in a road win against Euroleague champs Fenerbahce. Doncic shot only 4-of-10 from the field (1-of-7 from 3) but got to the FT line 12 times & did an excellent job controlling the game. Best guarding wings but his value is as a PG on offense. pic.twitter.com/h6LnEfCwhZ

Deandre Ayton (Arizona) is an athletic 7-footer currently averaging 20.4 points and 11.6 rebounds per game in the NCAA. His physical gifts such as a 7’5 wingspan and reported 43.5-inch vertical will impress scouts, with many mock drafts projecting Ayton as the 1st overall pick. Ayton also has the confidence to occasionally step out of the paint and test his jumpshot. He only hits 30% of his 3s, but can punish defenders who don’t respect his midrange shot.

Marvin Bagley III (Duke) leads a Duke team which currently holds a 13-2 record. With averages of 22.5 points and 11.5 rebounds per game, Bagley is definitely a contender to go first overall. He possess a 6’11 frame with the ability to play above the rim, and will enter the draft as one of the youngest players (currently only aged 18). If Duke can make a deep run during March Madness, expect Bagley’s stock to rise.

THE POGO STICK POSTERIZER
Marvin Bagley III is something else. pic.twitter.com/23O5Ya4hkt

Michael Porter Jr. (Missouri) was a touted high school prospect but his college career ended after just 2 minutes in his first game. He underwent surgery on a back injury and is still expected to be drafted early based on his prior body of work. Porter is the reigning Mr. Basketball USA (high school player of the year) and was MVP of the McDonald’s All-American game. He was also one of the standouts in USA’s win at the Nike Hoop Summit.

Mohamed Bamba (Texas) is another freshman bigman on this list, possessing a 7 foot frame and 7’9 wingspan. His incredible length allows him to dominate on the defensive end, with an average of 4.6 blocks per game so far in the NCAA. NBA teams will be interested in his potential and perceived high ceiling.

Trae Young (Oklahoma) currently leads the NCAA in scoring and assists with 29.4 points and 10.2 dimes per game thus far. His statistics are absolutely bonkers for a freshman, recently coming up with 39 points and 14 assists against ranked opponent TCU. Shooting 39% from 3 on 10 attempts per game and also 85% at the free throw line, Young’s shooting stoke is NBA-ready. This combination of volume and efficiency is just ridiculous, especially for a freshman. Furthermore, he has carried Oklahoma to a 12-2 record so far, proving to be a real leader.

With the talent on offer and final opportunity to take advantage of the current lottery odds, tanking just makes sense. NBA teams out of playoff contention should consider taking Sam Hinkie’s  “championship or bust” approach. However, success is not guaranteed for the players above. Many have struggled with the transition from NCAA to the NBA (or in Doncic’s case Europe to NBA). It is however rare to see such accomplished players all in one draft. Often we see NBA teams gambling on raw potential with lottery picks. The likes of Doncic, Young, Ayton and Bagley on the other hand have been dominating contemporaries, whether it be NCAA or Euroleague. Porter Jr. likely would have done the same, if not for an unfortunate injury.