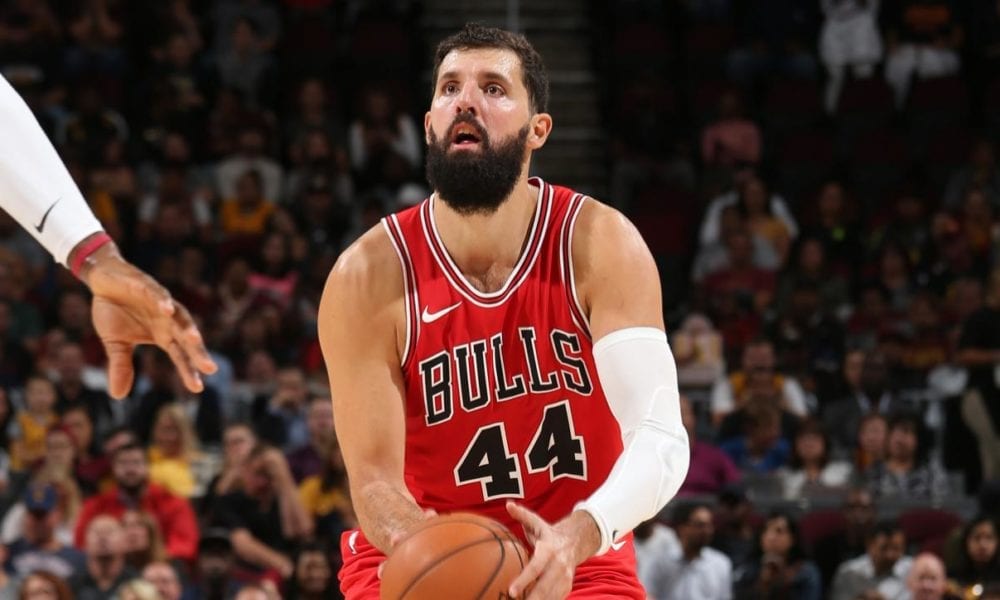 After being hospitalised with a broken face and a broken heart thanks to teammate Bobby Portis, Mirotic demanded a trade from the team and subsequently refused to speak to Portis.

But despite his strong initial stance, the Montenegrin–Spaniard returned to the court early last month and the Bulls went on a highly-unlikely seven game winning streak the moment he did.

The Bulls’ scalps included the Celtics, Jazz, Bucks and 76ers and suddenly everything seemed to be rosy.

Mirotic and Portis were working extremely well together on the court and even shared a laugh or two along the way.

Nikola Mirotic and Bobby Portis share a laugh during the Bulls' game against the Bucks #nba pic.twitter.com/LUFnFosRuM

But despite the stunning turnaround and huge amount of good will supposedly restored within the team, Mirotic still wants out, according to The Chicago Sun Times’ Joe Crowley.

“Right around the time guard Zach LaVine is scheduled to rejoin the team, forward Nikola Mirotic might be ready to tape up his cardboard boxes, empty his locker and hang up his Bulls jersey for the last time,” Crowley reports.

“The Sun-Times reported last week that Mirotic and his representatives are standing firm on his trade request and that he is willing to waive the no-trade clause in his contract when he’s eligible to be dealt Jan. 15.”

It remains unknown how much of Mirotic’s desire to leave stems from the incident and how much relates to the Bulls embarking on what promises to be a long and arduous rebuild.

It’s also unknown whether Mirotic forcing hellacious jelly and mayonnaise sandwiches upon his teammates escalated tensions within the locker room.

Who is the first to try a Jelly & Mayonnaise sandwich? Yes, you read that right…jelly and mayo 😳

But if Chicago can flip Mirotic for a valuable piece for the future, a trade could well prove to be the best outcome for both parties.