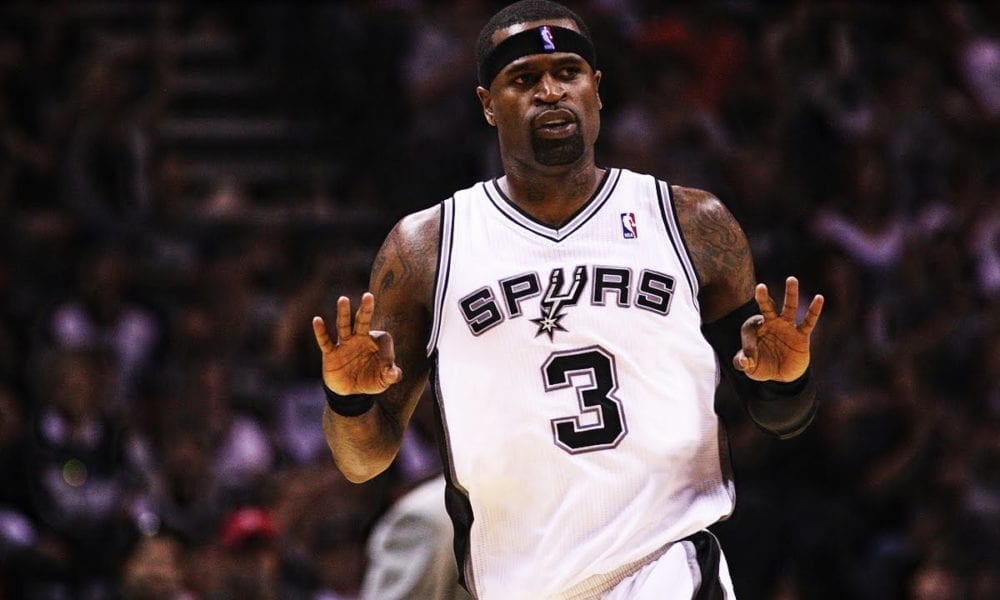 Stephen Jackson says he smoked marijuana throughout his entire NBA career and believes the league should remove it from their banned substances list, per TMZ Sports.

While the use of marijuana continues to spark debate across the globe, its use in the league is a pretty simple equation as far as Jackson is concerned.

“I think they should take it off,” Jackson said. “Of course. Why not? … I smoked my whole career. I had a hell of a career, didn’t miss no games.”

The former swingman made it clear he was not advocating for players to play high, but said smoking after games had allowed him to relax.

Despite going on to say “”If anybody say they need to be high during the games, they don’t know what the f–k they talking about”, Jackson’s comments about playing high were in stark contrast with the ones he made on Michael Rapaport’s I Am Rapaport: Stereo Podcast last January.

“I just gotta be real, you know, it’s been a couple games where I smoked before games and had great games,” Jackson said at the time. “It’s been some games where I smoked before the game and was on the bench after three minutes sitting on the sideline, ‘Please calm down. This high has to calm down’ — I done shot three shots that went over the backboard, like, I’m going to be honest, like, ‘Ahh, I gotta calm down.”

Jackson’s initials comments came after Chauncey Billups revealed on ESPN’s NBA Countdown in December 2016 the he smoked weed before games along with some former teammates in an attempt to relax.

“I honestly played with players, I’m not gonna name names, but I wanted them to actually smoke,” he said. “They played better like that. Big-time anxiety, a lot of things that can be affected, it brought them down a little bit, helped them out, helped them focus in a little bit on the game plan, that I needed them to do that. I would rather have them do that sometimes than drink.”

Tracy McGrady and Jalen Rose also advocated for the change on the show that night.

But the league does not plan on changing its rules any time soon, as USA Today’s Jeff Zillgitt highlighted in October.

“While commissioner [Adam] Silver has said that we are interested in better understanding the safety and efficacy of medical marijuana, our position remains unchanged regarding the use by current NBA players of marijuana for recreational purposes,” NBA executive vice president of communications Mike Bass said, according to Zillgitt.

But that won’t stop the growing chorus of voices pushing for change to grow louder and louder.

And combined with the league continuing to research the issue, anything is possible.