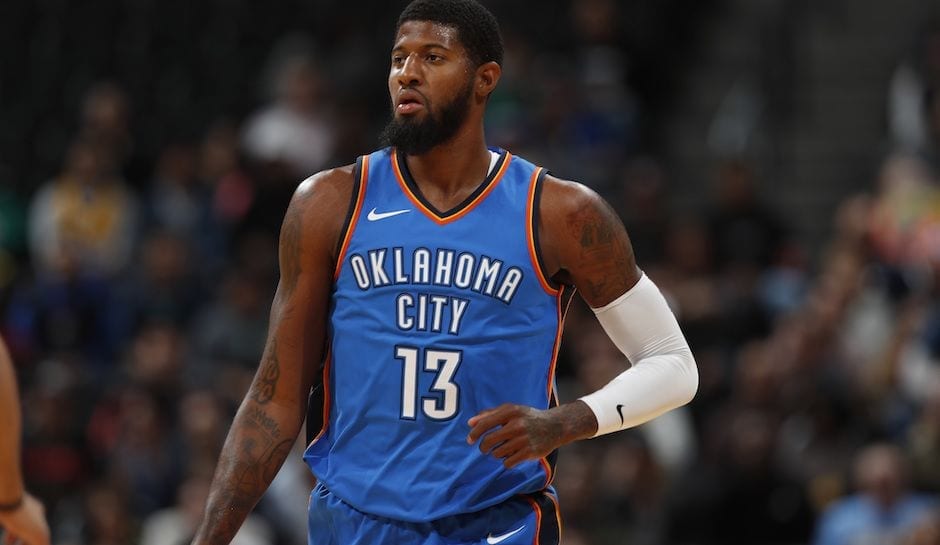 But the NBA’s subsequent investigation did not find any evidence to support the Pacers’ suspicions, according to ESPN’s Ramona Shelburne.

“They thought it was tampering,” George said before facing Shaw’s Lakers in Los Angeles on Wednesday. “There was no tampering at all. It was kind of crazy. Our relationship, myself and B-Shaw, was far more stronger than the team’s, me coming to the Lakers, was. B-Shaw has been a mentor for me, so it was kind of comical. The Pacers thought there was more depth, of him trying to recruit me. It wasn’t.”

George added that he and Shaw never even spoke about basketball over the summer.

“ The only thing me and B-Shaw ever spoke about was fishing,” he said. “We challenge each other on fishing trips. B-Shaw has way, way better class than trying to recruit me.”

Shaw was a member of Indiana’s coaching staff earlier in George’s career, and the pair forged a relationship which extended beyond Shaw’s stay with the Pacers.

When the NBA warned the Lakers against tampering following comments made by new team president Magic Johnson on Jimmy Kimmel Live in April, Shaw was advised by the team to keep his distance from George while the investigation was ongoing, according to ESPN.

The league eventually finned the Lakers $500,000 after concluding there was contact between general manager Rob Pelinka and George’s agent after the team had already been warned.

But the investigation found no evidence of inappropriate contact between Shaw and George.