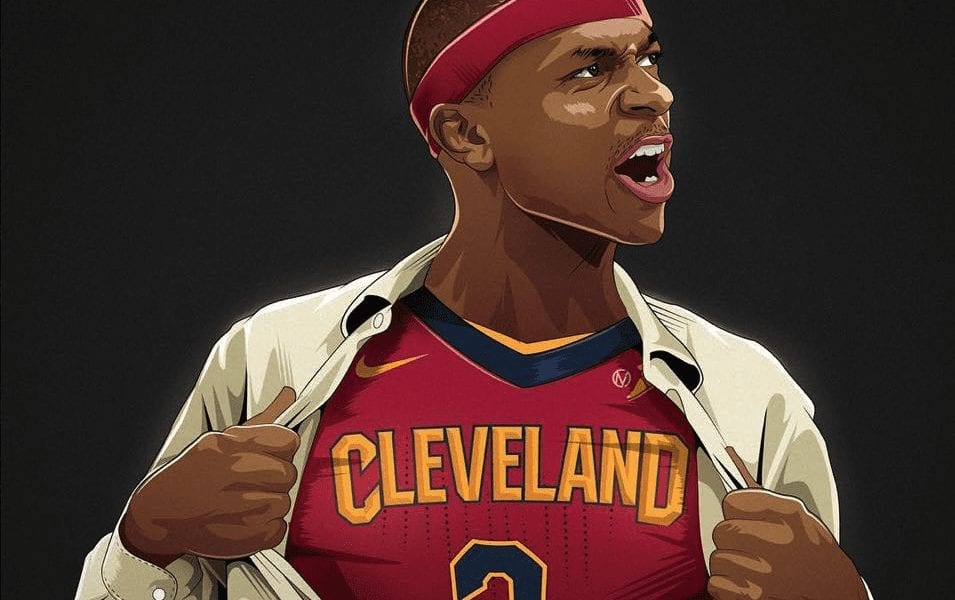 Despite spending months on the sideline, Isaiah Thomas was electric in just about every second he played in the Cleveland Cavaliers’ 127-110 win over the Portland Trailblazers on Tuesday night.

It was one hell of a return to the court for the little guy with a big heart.

In no particular order, here are the best moments from IT’s big night.

After being traded by the Boston Celtics despite giving his heart and soul to the team, all Thomas has wanted to do since is get his own back and prove that he is no trade piece.

Instead he was relegated to the sidelines by an unfortunate injury.

For a man destined for the spotlight and fuelled by a desire to repeatedly prove everyone wrong, the frustration must have been unbearable.

But that frustration finally came to an end the moment he checked into Tuesday night’s game against Portland, as the Cleveland faithful showed that true, undying love is possible outside of Boston.

They say layups and free throws are the easiest ways to get the offensive juices flowing, but who needs easy points when you’re Isaiah Thomas.

With a tick over a minute remaining in the first quarter, IT used a Tristan Thompson screen to evade Shabazz Napier, before darting inside the arc and pulling up just short of the waiting Ed Davis to knock down the mid-range jumper.

Isaiah’s first three came in similar fashion to his first two-pointer, with Tristan Thompson wiping Napier off the map before Thomas did what he does best: put the ball in the basket.

Normally a king would have little need for a dime, but you get the feeling it’s worth a little more when it’s coming from Isaiah Thomas in his return game.

IT wasted no time in getting the ball to LeBron after receiving it from JR Smith at the top of the key part-way through the second quarter, whipping the ball past Damian Lillard’s head.

LeBron was being guarded by a helpless Evan Turner, who had switched back onto James under the basket like a lamb to the slaughter.

EVEN NICER DIME TO D-WADE

Thomas dished up another delightful assist, this time in the fourth quarter, when he went near coast-to-coast before looking off bamboozled big man Ed Davis with a dazzling no-look pass to a streaking Dwyane Wade.

The crowd recognizes #ThatSLOWgrind and gives IT a standing ovation, as he checks out of the game!

It was a night of ovations for Thomas.

He finished the night the way he started it, with another standing O from the Cleveland faithful.

Even Thomas’ interview after the game was perfect.

What's it like being around guys like @KingJames & @DwyaneWade?@isaiahthomas joins the #PlayersOnly crew after his @cavs debut! pic.twitter.com/OXzq0HLN3O