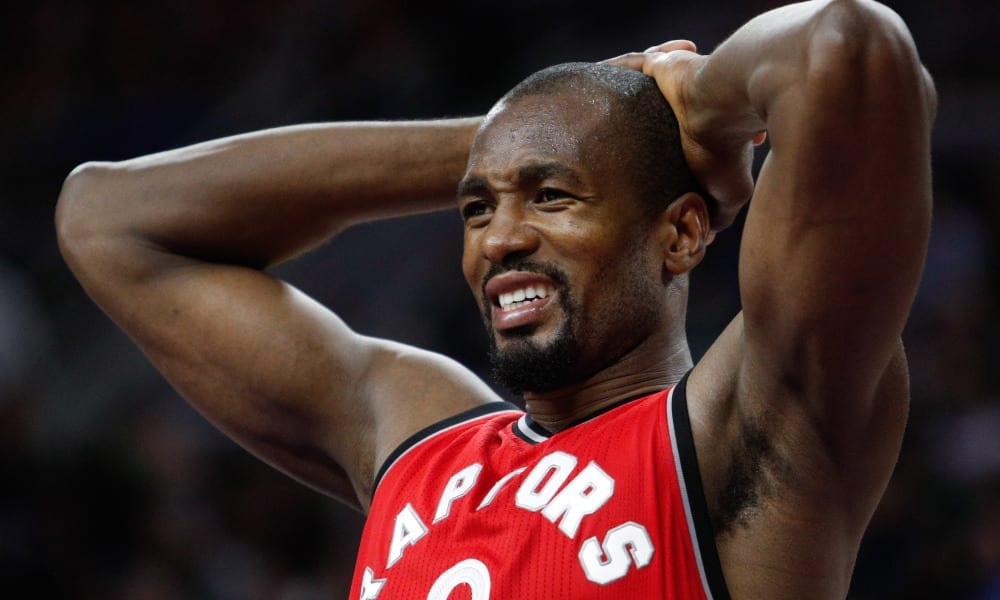 Serge Ibaka has been suspended for an altercation with a staff member, the Toronto Raptors announced shortly before the team faced the Atlanta Hawks on Friday night.

Ibaka’s suspension saw him sit out the Hawks clash, which Toronto won 111-98, and he will return on Monday night against the Milwaukee Bucks.

The incident went down following the Raptors’ 124-107 loss to the Oklahoma City Thunder on Wednesday, according to the team.

.@Raptors announced Friday that forward Serge Ibaka has been suspended for one game after a violation of team rules. Ibaka will not play tonight vs. Atlanta. pic.twitter.com/dc0FQP2wNt

“We’ve discussed this internally as a team, and we won’t be discussing it any further,” Raptors president Masai Ujiri said in a statement.

“Now we’re focused on moving forward together, and we look forward to having Serge back in the lineup.”

Raptors coach Dwane Casey declined to share any details of the altercation but said Ibaka and the staffer had since apologised to each other.

The suspension cost Ibaka $139,000, but no other details of the incident have emerged.