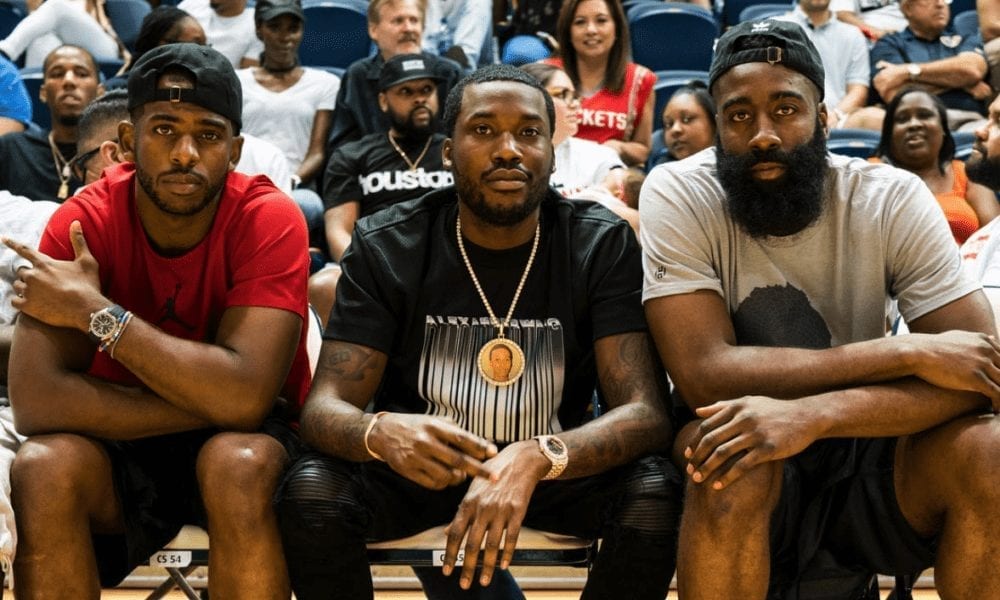 James Harden is preparing to make a bold statement in support of jailed rapper Meek Mill.

The Rockets star will embody the old adage that actions speak louder than words when he battles the Boston Celtics on Thursday night in fresh pair of kicks with “FREE MEEK” emblazoned across them.

#freemeek for @jharden13 Video dropping in a few!! Mad love to my bro @tpizzzle for teaming up with me to make it happen! #teamkickstradomis

The hand-painted shoes are the work of sneaker customiser Salvador Amezcua, AKA Kickstradomis, according to ESPN’s Nick DePaula.

The Philadelphia-born rapper was sentenced to two to four years in prison on November 6 for violating his parole with arrests stemming from a St. Louis airport fight and reckless driving in New York City.

It was a heavy-handed ruling which drew overwhelming public outrage and prompted a wave of support, from NBA players in particular.

Harden has forged a particularly close bond with Mill over the years, with the popular rapper even performing at birthday parties for Harden.

The MVP candidate also visited Mill in prison following the Rockets’ loss to the Thunder in Oklahoma City on Monday.

“His spirit is high and hopefully we can get him out by February,” Harden later wrote on Instagram.

In the mean time, be sure to keep your eyes on Harden’s equally *fire* kick game on Thursday night.