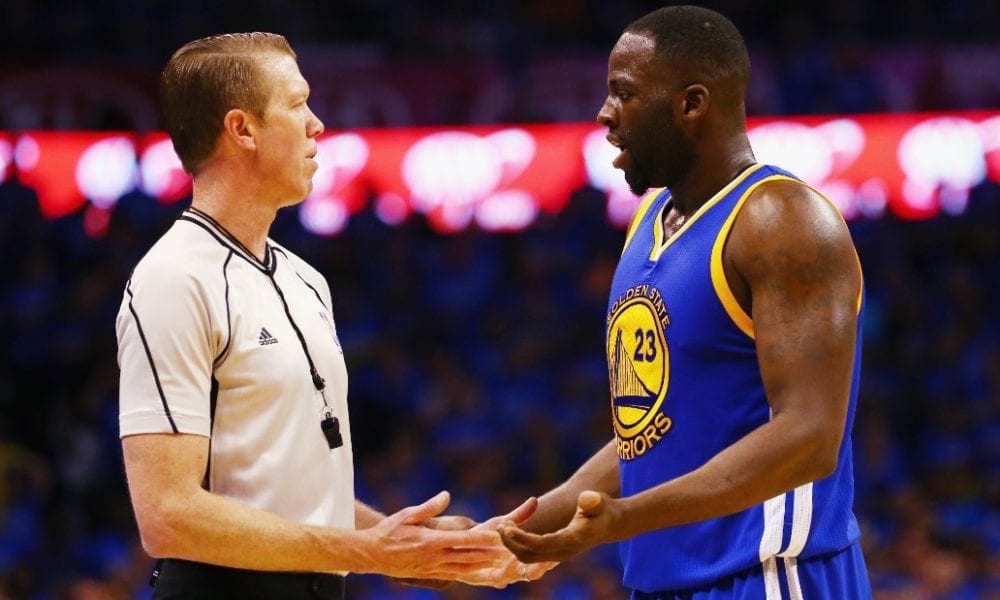 NBA players and referees are at each other’s throats more than ever as tensions hit boiling point following the ejection of some of the game’s biggest stars and the suspension of a referee.

The growing animosity from both parties prompted a meeting between representatives of the two sides in New York this week, according to ESPN’s Adrian Wojnarowski, during which many grievances were aired.

On one hand, the National Basketball Referees Association believes the league is turning a blind eye to players’ aggressive behavior towards referees.

Meanwhile, the player’s association believes it’s the referees who are being disrespectful, claiming their dismissiveness results in them being unwilling to communicate with players during critical situations.

“Our players also complained about being ignored, told to ‘shut up,’ told to ‘move’ or, in extreme circumstances, hit with a technical,” players association’s executive director Michele Roberts told ESPN. “There have been four or five occasions when a player has gone to say, ‘Hey, what’s up with that?’ and the official holds his hand up like a stop sign, like, ‘I don’t have time to talk to you’.”

While it’s understandable that players want to have their voices heard, they could perhaps help themselves by not complaining after seemingly every single call.

Anyone who is bombarded with a wall of noise is going to start filtering things out after a while (well, except for fans of First Take).

Meanwhile some referees would do well to move past the stubborn air of entitlement which drives so many players crazy.

Neither side is blameless here, and it’s up to both parties to act like adults and work with each other to repair this relationship.

Another meeting between the two sides is reportedly planned for the All-Star break.